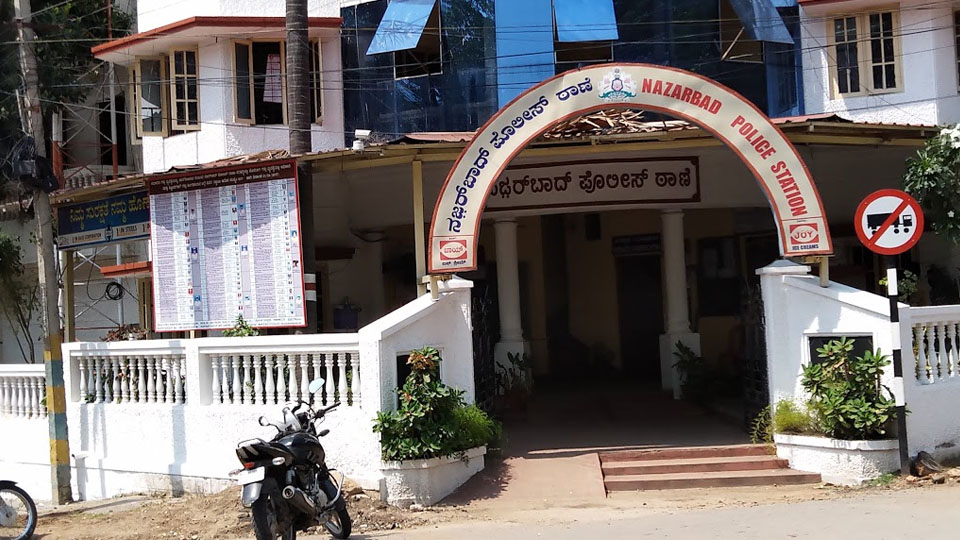 Mysuru: Even as the City Police are grappling to contain rising burglaries and thefts, Nazarbad Police, in a major catch, arrested three thieves in two separate cases and recovered two two-wheelers and four high-end cell-phones, totally worth Rs.1,82,000, from them.

K. Nithin, 20, a resident of Sunnadakeri in K.R. Mohalla and C. Nagarjun, 21, a resident of Lakshmipuram in city, are the ones who are arrested in the first case.

Acting on a tip-off, the Police picked up Nithin and Nagarjun from the tonga stand near the KSRTC Sub-urban Bus Stand when they were found moving about in a suspicious manner on Nov.5.

During interrogation, the duo confessed to have waylaid and robbed a motorcyclist of his high-end mobile phone after threatening him with a knife near the Taluk Office close to the Sub-urban Bus Stand on the night of Nov.3.

Following the confession, the Police recovered a Suzuki motorcycle used for the crime, three cell phones and other articles, totally worth about Rs.62,000 from them.

In the second case, the Police, who arrested 21-year-old Taufiq Pasha, a resident of Satyanagar in Udayagiri, have recovered an iPhone allegedly stolen by him and a Honda Activa scooter  used for the crime.

Acting on a tip-off, the Police picked up Taufiq Pasha when he was moving about in a suspicious manner near JSS School on Vinaya Marga, Siddarthanagar,  a couple of days ago.

During interrogation, he confessed to have snatched a hand purse from a woman near her house in Siddarthanagar on Nov.1, following which  the hand purse containing a 6S plus iPhone and the Honda active scooter used for the crime, together worth about Rs.1.20 lakh, were recovered from him.