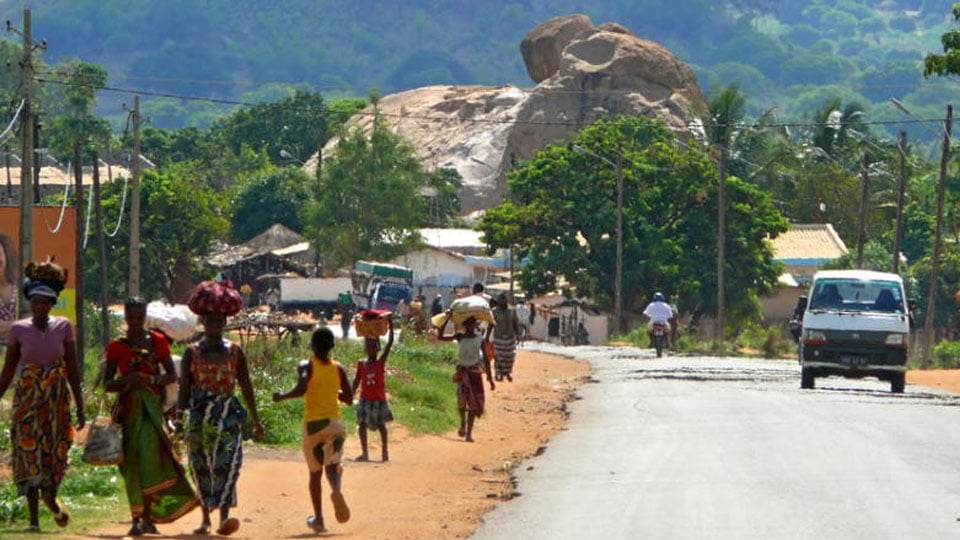 Hunsur: Three tribals belonging to Hakki-Pikki community from Pakshirajapura village near Hunsur have been stuck at Nampula in Mozambique for the last three months and they have been banned from leaving that country.

The tribals are Saiju, Madhu Chandran and Praveen from Pakshirajapura that is well known for Ayurvedic treatment, massages and herbal remedies. All the three tribals are in their thirties and were selling plant extracts and offering massages to people with body ache and other ailments.

Reports from Mozambique say that the tribals allegedly paid a bribe to local authorities to extend their stay in Mozambique and this attracted the attention of the Anti-Corruption Department of that country. The Department is not ready to let the three leave the country until the investigation into the case is completed, reports said.

Nanjunda Swamy, the village head of Pakshirajapura told Star of Mysore this morning that he does not have much information on the trio trapped in a foreign country. “All the three are from our village and as per the information provided by their family, they had gone abroad for business purposes early this year and have not yet returned.

Reports from Mozambique said that Saiju, Madhu Chandran, and Praveen have neither been detained nor arrested but were prohibited to leave the country. The tribals were a part of a group of 16 members who had arrived in Mozambique to explore business opportunities in July.

After the expiry of their three-month visa, they tried to extend their stay by securing residence permits and for this they allegedly paid money get residence permits illegally. The local Anti-Corruption Department got information about the bribe and had rounded off all the 16 persons.

Reports said that the Indian High Commission learnt about the case on July 17 and managed to get Mozambique government to deport 13 members of the team in the first week of August. Efforts are on to deport Saiju, Madhu Chandran, and Praveen, reports added.