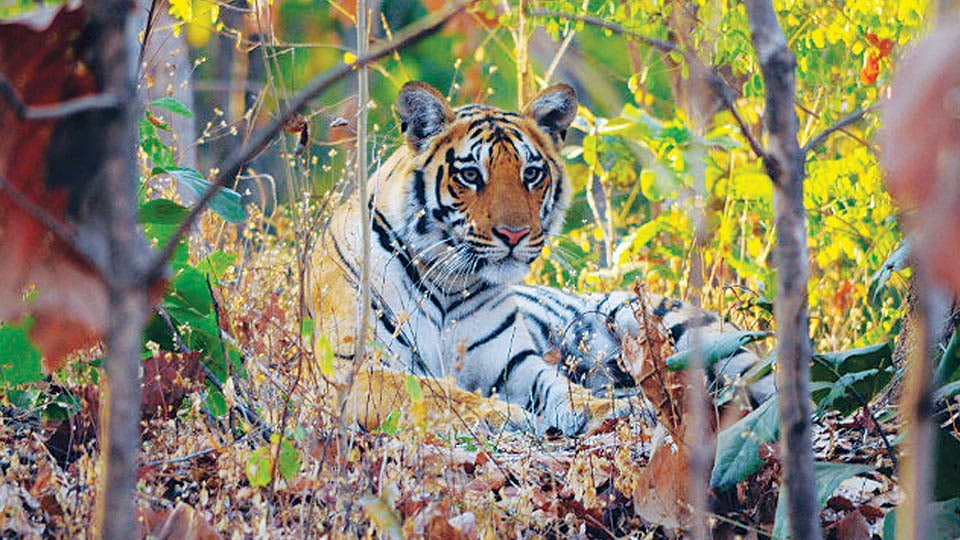 The eighteenth century poet William Blake in his poem ‘The Tyger’ has extolled the terrifying but mesmerising majesty and power that a tiger exudes. He marvels over how God himself must have felt amazed and mesmerised by this majesty and grace after creating the king of beasts. This poem which has been considered as one the world’s most anthologised poems and also Blake’s most famous work was included in the poetry that we had to study in our PUC days and Prof. M.S. Krishna Rao, our English professor at the St. Philomena’s College made a very deep and lasting impression of his own prowess as a capable teacher on our young minds when he chose to annotate this poem in his very first class.

This brief session made me a very devoted disciple and ardent admirer of this very humble and soft-spoken man, always clad in a dark suit, who however never hesitated to put his foot down when it came to standing for his principles and ideals. I have still preserved my class test papers that he has corrected wherein he has under-lined in red ink the word ‘coming’ which I had written with a double ‘m’. Since he knew from my father who was his college-mate and friend that I was aspiring to become a doctor he told me in his next class that the word ‘coming’ has just one ‘m’ in it irrespective of how fast I was coming and the word ‘vomiting’ had only one ‘m’ in it irrespective of how severe the problem was! 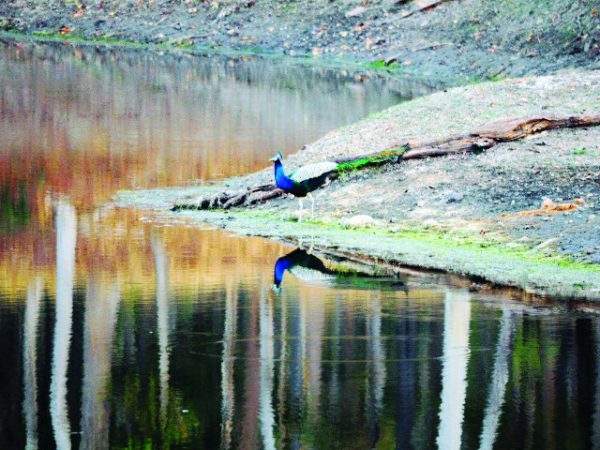 A peacock admiring itself.

Like William Blake I am also an admirer of the tiger and I too feel that it is a beast that is the ultimate example of grace and form. Last month my wife and I had an occasion to spend a weekend at the Pench Wildlife Sanctuary in Madhya Pradesh (MP), a State which because of its geographic location rightfully proclaims itself as the ‘Heart of India’. It is also a State that takes pride in calling itself ‘Tiger Country’ because in addition to Pench, it has two other sanctuaries, Kanha and Bandhavgarh, which are famous for tiger sightings.

Although we take pride in the fact that we have a sizeable population of tigers in our forests and also proclaim that their number is growing, thanks to our conservation efforts, sighting one in the wild is a very rare occurrence because tigers are very elusive animals. The stealth that is required of any tiger to successfully catch its prey is perhaps what makes it habitually very careful in ensuring that it remains unseen. That is why the sighting of a tiger even as a fleeting glimpse is considered the luckiest thing that can happen on a visit to our wildlife sanctuaries across the length and breadth of our country. That is also why there are special boards in the reception areas of most wildlife sanctuaries on which tiger sightings are recorded along with the date, time and location. These records are meant to encourage more people to visit the place with the assurance that with a little bit of luck on their side they too can sight a tiger. These are also perhaps meant to cheer up the disappointed visitors who return from their safari rides cursing their bad luck and commenting that there are perhaps no tigers at all in the wild anymore!

My wife was also one such sceptic and her scepticism was not without reason. Over our many visits to wildlife sanctuaries over the past few years we had never run into a real tiger either by day or by night. The only tigers that we had seen were the ones staring out at us from the publicity hoardings put up at every bend in every road passing through the sanctuary. It was just to dispel this sense of scepticism that we decided to make the trip to Pench, having heard from friends that Lady Luck resided there alongside the forty or so resident tigers! Now, Pench is a fairly large tract of lush forest that straddles the two States of Maharashtra and MP. It is bifurcated by and named after the Pench River that flows through it from North to South. Although the place has seen much tiger killing during the times of our gun-toting Maharajas and the visits of their British Sahibs, thankfully it has now become a haven for all kinds of wildlife including many species of resident and migratory birds. 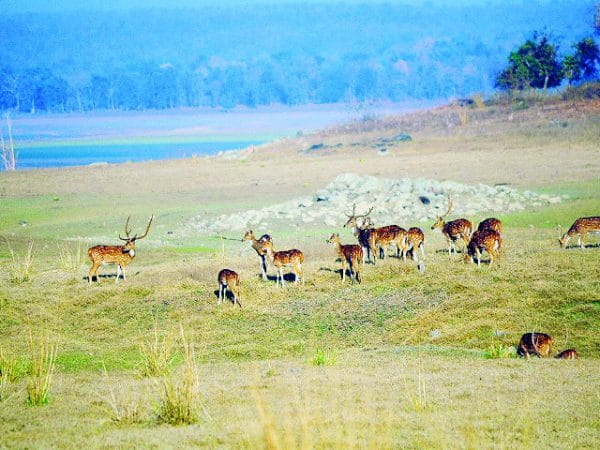 A herd of spotted deer.

Our stay had been arranged at ‘Tathastu’, one of the many resorts that dot the countryside in surprisingly close proximity to the sanctuary itself. It was a very comfortable place but it was not the material comforts that we were looking for here. We were very eager to get down to the business of getting onto one of the many Gypsies that take visitors into the depths of the forest. But we could do this only the next morning when our group had its booking for the safari. The petrol-powered Maruti Gypsy because of its silent engine and good off-road capabilities is undoubtedly the most suitable vehicle for this drive. It appears there are nearly seventy Gypsies owned by the local people from the surrounding villages who have registered them with the forest department. To ensure that the livelihood of the local people is not affected, the resorts and hotels are allowed to own just two vehicles each. The whole system is very smooth and efficient and I wish our own State government takes a few lessons from it in improving the arrangements which are far from satisfactory at present. Each open-top vehicle accommodates a maximum of six visitors along with a guide and driver. Entry into the forest is through two gates at which all visitors have to submit proof of their identity in a form that is maintained by the driver of their vehicle. Once inside the sanctuary, visitors are not permitted to alight from their vehicles for any reason and are also refrained from talking loudly or creating any kind of commotion that might disturb the animals. A very note-worthy point is that the guides and drivers are very cooperative and coordinated in their efforts to ensure that the tourists have the best opportunity to not only view the animals and birds but also photograph them to their complete satisfaction. At the end of the ride they just get down from the vehicles and disappear quietly into their resting facilities nearby without lingering near you for any tips or bakshish even after the best sightings!

Most resorts and hotels pack a sumptuous picnic hamper for their guests who go on safari and the four-hour drive is interspersed with a break for breakfast at a vast grassland at which good rest-room facilities are provided. The Gypsies enter the sanctuary in two groups of about twenty vehicles each through two gates, one from the Madhya Pradesh side and the other from the Maharashtra side. The guides and drivers do a very coordinated job of ensuring that visitors get to see at least one tiger in about two safaris. Our first entry through the MP gate although quite successful considering the good animal and bird sightings did not get us the tigers that we were seeking. But our second drive from the Maharashtra side got us our prize catch. It was a young tiger that was lazing under a huge tree and licking its lips presumably after a hearty meal. It seemed to have come alive in all its majesty and grace straight from Blake’s poem! We saw and photographed it to our heart’s content till it decided to get up and walk away. But in a beastly impulse it turned around suddenly and stood up on its hind feet and started mauling the tree it was resting under. This act too was much relished and recorded amid soft aahs and oohs by everyone in our group till the magnificent beast decided that we had seen enough for the day and walked away into the depths of its forest! It was indeed a very refreshing experience!

3 COMMENTS ON THIS POST To “Tiger, Tiger, Burning Bright!”