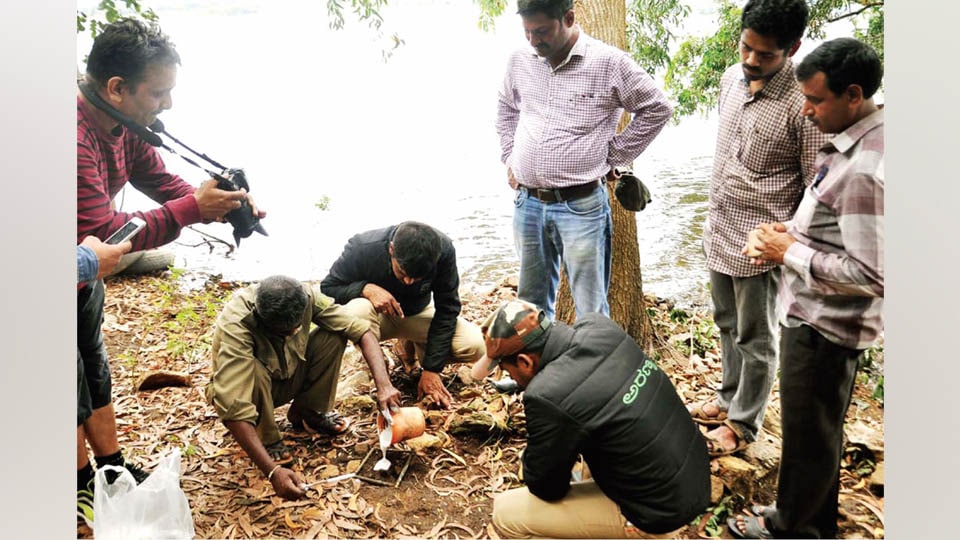 H.D. Kote: A tigress which had strayed into Karapura Kabini River Lodge (Jungle Lodge) coming under Nagarahole Wildlife Sanctuary is said to have moved back into the forest.

According to sources, the tiger walked back into the forest in the wee hours of yesterday and its exit was tracked by the images captured in camera traps installed in the vicinity. 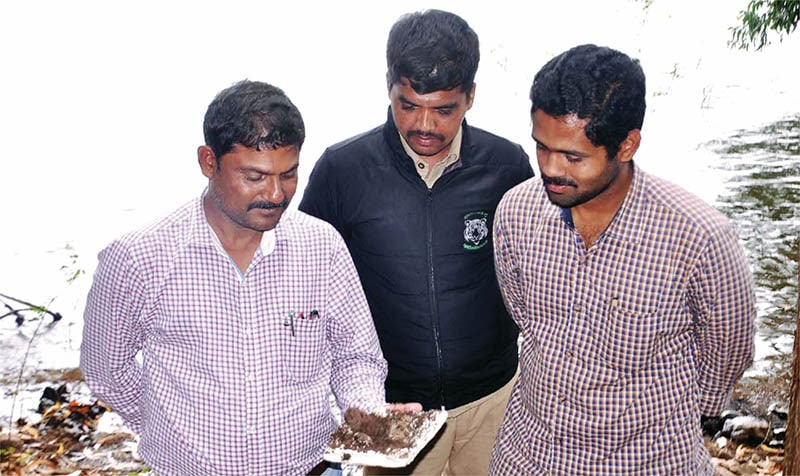 As River Kabini flows at the place from where the tigress might have gone back to the forests, Forest staff used boats to search for the tigress on both the banks of the river but could not find pug marks. The authorities then left some of their staff at the spot to monitor the situation.

It may be recalled that the tigress had sneaked into the Jungle Lodges premises in Antharsanthe range of Nagarahole National Park on Friday and combing operation was launched with two Dasara elephants — Arjuna and Abhimanyu assisting the forest staff. Even camera traps were installed to monitor the feline’s movements. Rapid action team also reached the spot, while a veterinarian, equipped with tranquillizer, was ready in case the situation warranted darting the animal. About 45 guests staying on the property for the weekend too were alerted and the area where the tiger was resting, was cordoned off.

Sources said that though the authorities have heaved a sigh of relief as the immediate crisis is over, the staff and elephants will stay put to monitor the situation.