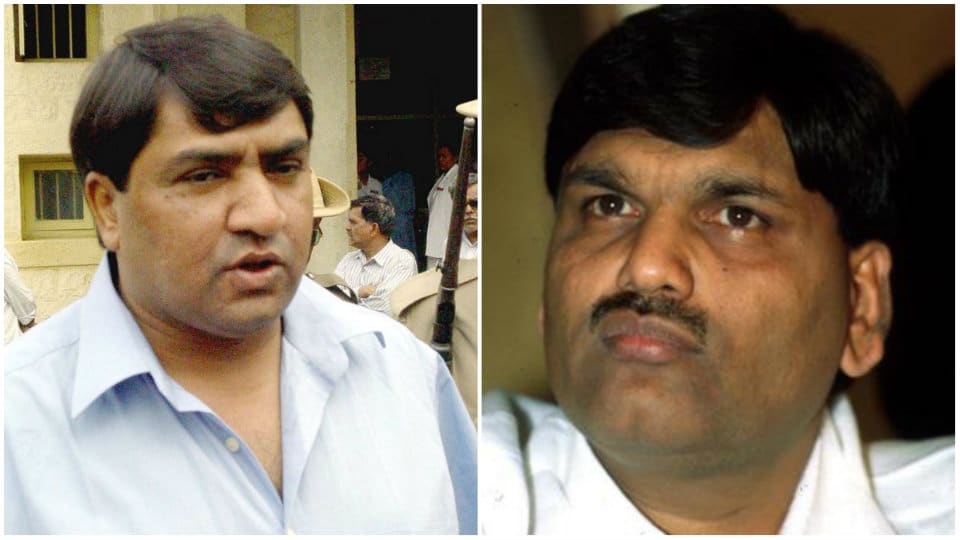 Abdul Karim Telgi’s passing away should remind us that only in India are criminals so creative. Legends like Chicago’s Al Capone and the Sicilian “families” of New York’s gangsterdom got the limelight because of films and books. But they were run-of-the-mill killers and looters. No originality. Only in India did criminals develop the imagination to become Ministers and MLAs. The genius criminals rose above politics as well. To this group belonged Telgi and Harshad Mehta.

No two men could have been more different. Telgi, son of a porter, eked out a living by selling vegetables on trains passing through his native place in Belgaum district. But he showed his mettle by using his earnings to attend an English-medium school and eventually get a B.Com degree. Mehta was also born in a poor family. With his Gujarati business instincts, he was too impatient to go to college, preferring to get specialised education as a broker in Bombay. Telgi moved in middleclass circles as a struggling travel agent in Bombay while Mehta mixed with  shakers and movers of a bustling business district.

Imagination soon started sending both men into similar trajectories. As a travel agent, Telgi had to procure various documents, from ID cards and mark sheets to visas and birth certificates. He developed short-cuts and some fake visas he issued landed him in jail in 1992. A jailmate educated him about the attractions of stamp papers. The Telgi imagination was set alight.

Harshad Mehta developed into a flamboyant, self-assured operator with the capacity to convince others about the charms of his dreams. He found mere brokering boring, but he also found unusual possibilities in the business. It is the nature of genius to see what others have not seen before, then pursue new goals with impatience.

When it became a rule in the 1990s that banks should invest a minimum amount in government bonds, Mehta’s original mind developed what was respectfully described as the Replacement Cost Theory. It merely meant that he helped bankers meet their obligations and even make a profit on the sidelines by operating through him. It also meant that while the banks moved their moneys, some amounts always stayed with him for a short duration. He would invest that money in shares. In the most notorious investment he made, ACC shares jumped 4,400 percent from 200 to 900.

Small wonder that the house of cards came crumbling down one day. Mehta had acquired fancy homes and a fleet of several dozen fancy imported cars. All that turned into nothing when he was sent to jail. He died there in 2002.

The Big Bull was credited with a scam that ran into Rs. 5,000 crore. That was considered sensational, incredible, etc. To understand Abdul Karim Telgi’s genius we must reckon that his stamp paper scam was quantified at Rs. 20,000 crore. There were subsequent reports that raised it to Rs. 32,000 crore. The unsophisticated Telgi’s empire was six-seven times bigger than the urbane Mehta’s. Limitless is the imagination of the gifted.

The stamp paper lessons Telgi learned in jail offered much scope, thanks to the culture of stamped sarkari paper for everything: court fee stamps, revenue stamps, notary stamps, foreign bills paper, share transfer certificates, insurance agency stamps. These papers were bought and kept in bulk by banks and insurance companies.

Telgi went about it with the thoroughness of an inspired inventor. He acquired the licence of a stamp paper vendor from the Bombay Government. Then he acquired a specialised stamp paper printing machine from, who else, the Indian Security Printing Press in Nasik. The high-security press is not supposed to do such things, but in Telgi’s case, technicians from Nasik set up the press, helped him get stocks of the special paper and special ink and even the same security marks as used in Nasik. Substantive help arrived also from politicians and Police bosses, among them a Maharashtra Home Minister, City Police Commissioner and other high-rankers. How come so many VIPs helped him? Meri Aan Meri Shaan Meri Jaan Hindustan.

When he was convicted in 2007 and transferred to Bangalore jail in 2015, Telgi pleaded guilty and said: “I am the only breadwinner in my family. I’m suffering from various ailments which have no cure” (AIDS, meningitis and diabetes).

He also spelt out a philosophy. “Money is very bad, Sir,” he told an investigating official on his way to jail. “It makes a man as well as destroys him.” This man would have made an inspiring political leader.