Home » Columns » Tourism on the rise ? 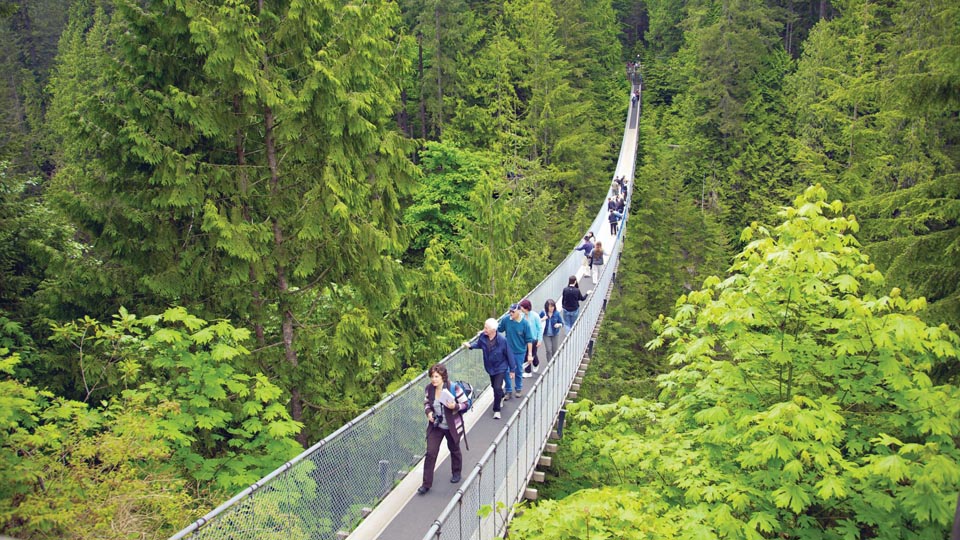 Tourism on the rise ?

The recent stats released by the Ministry of Tourism has indicated that tourism is on the rise and this bodes well for this sun-rise industry which has both direct and indirect benefit for millions across the country. In the year 2000, the tourist arrivals were 2.65 million and in the year 2016 it has risen to 8.89 million, a rise of  6.84 million in 16 long years. Approximately, a 200 percent jump. Looks impressive is it not?

Now let us compare it with the arrivals of other countries. The top of the list is, of course, France, in spite of its terror problems. The arrivals is an impressive 84.5 million! China, our neighbour, had an arrival of 56.9 million and the unkindest cut, Singapore, which in size is smaller than probably Karnataka, 15 million arrivals.

I am, of course, talking of the arrivals only. The number of nights these visitors stay in India is much higher than any of the countries I have enumerated except China which is larger than India. Inadequate infrastructure, poor sanitation, cumbersome visa restriction, women’s  safety and last but not the least poor marketing, have held back our efforts to improve the tourism arrivals. The business arrivals have increased by leaps and bounds but it is also important that the normal tourism footfalls increase.  Tourism is the only industry which produces maximum jobs for a unit of investment.

The World Economic Forum has reported that India’s progress is very impressive and India has moved up nearly 12 places and now ranks 40th among 136 countries, a biggest leap by any country in recent years. On paper this looks impressive but for a country which can boast  of everything a tourist would want to see or experience, this is an under achievement. The potential of India is so vast, it can be in the top 10 in the world if only we are able to harness what we have and market it well.

There are millions  of domestic Indian tourists, flush with funds, who are interested in new exciting destinations. Unfortunately, India being a Federal State and tourism being a State subject, the promotions vary depending from State to State. Certain States like Kerala, Goa, Rajasthan, Madhya Pradesh have understood the potential of this industry and are  enjoying good dividends. It is not enough if we just market a place well, we have to create an infrastructure and reinvent the wheel in some locations too. For example, how long can we flog the same thirty-year-old Brindavan Garden as an attraction? New attractions have to be created.

Well, the arrival target set by the  Ministry of Tourism is ambitious indeed. 13 million  by the year 2020. The first project is to reinvent the “Incredible India” campaign, which now is jaded and outdated. They have also allocated a whopping, 20.48 billion [304 US dollars]  under the Swadesh Darshan scheme with an objective to develop theme based circuits around India. The target, of course, is the international tourists but lot of emphasis is also on developing the affluent domestic market too.

The Ministry is giving a strong push for eco-tourism  and has signed an MoU with 44 countries like France, China and South Africa  to enhance eco-tourism in  India, primarily around the fresh water lakes. Medical tourism is also getting a push. With a new policy being unveiled shortly,  the Ministry is going to market  accredited hospitals [allopathic and ayurveda] directly through their websites. Tamil Nadu is streets ahead in this form of tourism  and other States have to just follow the footsteps of this State to prosper.

Where is the “God’s Gifted” State, Karnataka in all the above activities? How many circuits is the State involved?  I have no clue but after the appointment of a new Tourism Minister Priyank Kharge, there seems to be some push. Some recommendations made in the report submitted by Mohandas Pai is being implemented across the State.

Let us now talk of ‘Namma Mysuru.’  The district administration recently announced a tourism calendar for Mysuru. A street festival in July? Peak monsoon period. Whom is the festival aimed at? Domestic tourists, international tourists or the locals?  On the Yoga Day, a new world record may be made at Mysuru.  The officials are busy working overtime in making this possible. Good luck to them. I feel that with this experience, the DC can plan a full-fledged International Yoga Festival sometime in October or November, which can become a regular fixture at Mysuru.

Come Dasara, the same committees, sub-committees, same tableaux and folk dancers. Can we hope to see a “vintage car rally” as part of the procession this year? Can we also hope that some enlightened citizens be a part of the Dasara Committee this year? Can we also hope that international and domestic travel agents, who give business to  this city, are identified and honoured on the Vijayadashami  Day? Why not have a competition amongst the districts and select the best 12 tableaux for Dasara?

After talking with the royalty, why not market the private durbar for a premium ? Why not give the Palace uniform with spears etc., to the  Reserve Police personnel, about 200 of them, who will accompany the Dasara jumboo savari? This will give the real heritage look to the procession.

On a long extended holiday,  we the Mysureans get thrilled by the number of cars coming into Mysuru, which incidentally has become a transit point and not a destination by itself anymore. Fortunately, Mysuru happens to be midway between Bengaluru and Coorg [the hottest destination] and so gets transit tourists.  The hotels get full on the weekends only.  What about the rest of the days and months ?  Except the small hotels, the best of the hotels in the city cannot boast of an all year occupancy of 60 percent ? What is the annual arr [average room revenue] of these hotels?  The movement of group international tourists has come down to a trickle.

When I was posted at Lalitha Mahal Palace Hotel,  Mysuru, there were times when one could not see a single Indian staying in our hotel but now since Bengaluru has become very expensive, conferences and weddings are shifting to Mysuru, compensating the loss of business of international tourists.

Mysuru is a heritage city and unless the royalty is actively involved in tourism promotions, it cannot prosper. Mysuru requires high profile, high paying tourists also coming to the city. Recall when is the last time when we got a high profile jet flying tourist to this city?  Has anybody tried to find out why Hindi films are not being shot at Mysuru any more?

For a city to prosper, it has been estimated that at least 30 percent of the tourist coming to the city should be from the upper class. This will ensure that all economic activities attached to tourism like cab service, shopping etc., prospers. The local administration must sit down with the royalty, sort out the differences and rope them in as brand ambassador for this city. Why don’t we learn from the way heritage cities like Udaipur and Jaipur are marketed?

N.K.A. Ballal tourism
Next election will be held under my leadership: CM Siddharamaiah
Musings on Arnab Goswami: Dragon of the English TV