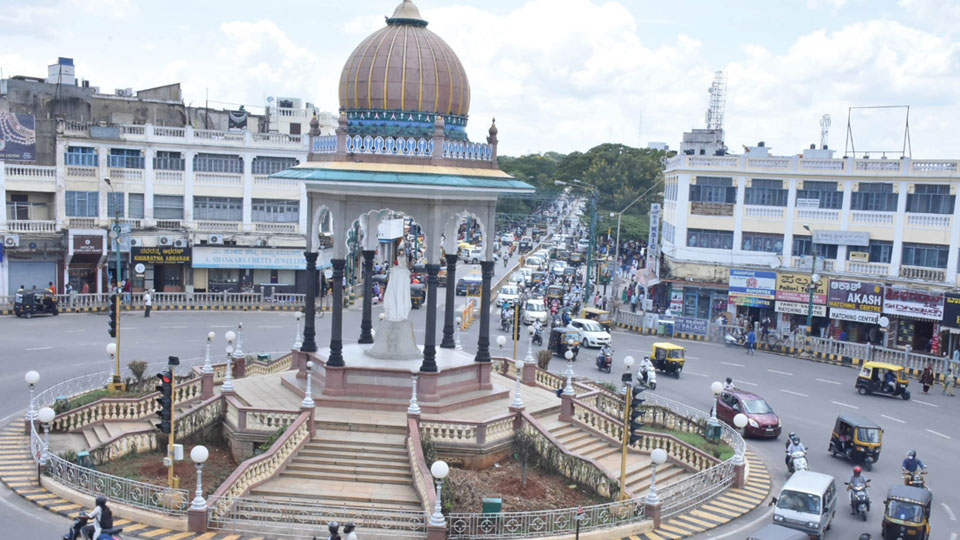 Mysore/Mysuru: By noon today, over 90 percent of shops in the Central Business District and also in the residential extensions were brimming with customers. Traders said that there was a great demand for textile products, electrical goods and other essentials.  Automobile showrooms, including two-wheelers, four-wheelers and autorickshaws too saw a steady stream of visitors.

“Looks like customers were waiting for this day. They were unable to shop for two months except for essentials. All these days we were under losses and we opened yesterday to clean and dust. The business is good and we hope to do more business in the coming days as the uncertainty will end,” Rajendra, who owns a cloth store on Devaraj Urs Road, said.

Jewellery merchants were happy to see customers again, especially after missing out on most of the wedding season and other auspicious occasions. “Normally people buy gold and silver jewellery during the wedding season and we missed out heavily.  We expect business to pick up in the upcoming weeks and also there is the next festive season,” said a jewellery showroom owner. Hotel and hospitality sector too opened on a full scale but with restrictions. People who were denied an opportunity for dine-in have now been allowed to eat on the table. Many hotels reported heavy footfalls as people preferred to eat their favourite meal that is served hot instead of eating parcelled cold food.

All the manufacturing units and Micro Small and Medium Enterprises (MSMEs) too opened from today with 100 percent workforce. Even the garments industry has been allowed to function with full capacity.

READ ALSO  IGP boosts self-confidence of Police in his tweet

But industries are expecting resumption of normal operations in the coming days as a lot depends on supply and demand of raw materials. Generally, raw materials come to Mysuru from other States and there might be a delay in transit, said industrialists.