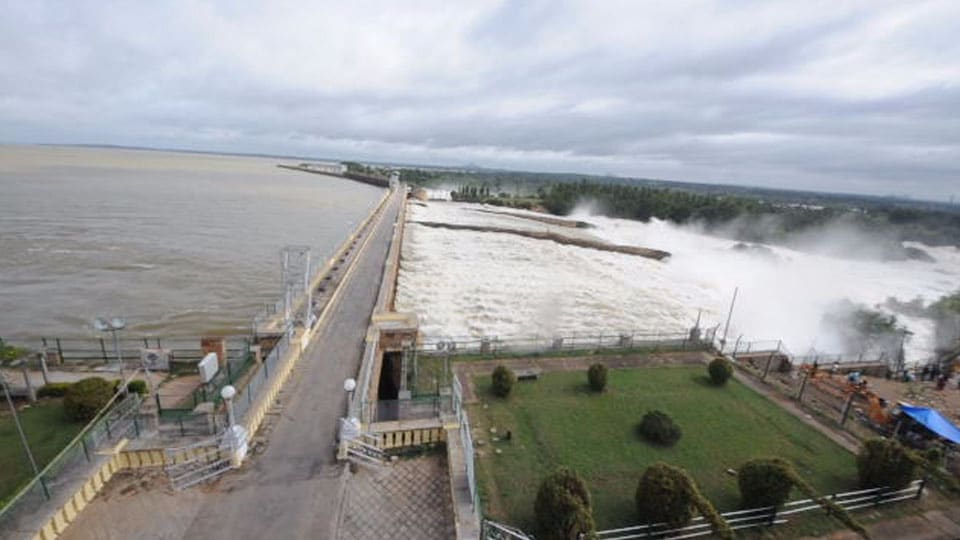 Mandya: The trial blast scheduled to be conducted tomorrow (Jan.28) by a team of scientists from Central Water and Power Research Station (CWPRS), Pune, to study the impact of stone quarrying in the Krishna Raja Sagar (KRS) Dam area has met with stiff opposition by farmers and members of Karnataka Rajya Raitha Sangha (KRRS), who have planned a protest at the Dam site. They are planning a ‘Go Back’ campaign tomorrow.

Scientists from CWPRS, Pune, under the Union Ministry of Water Resources, River Development and Ganga Rejuvenation, is scheduled to examine the ground vibrations during the trial blasts to see if they will potentially damage the reservoir. The four-member team, headed by Dr. Ghosh, has already arrived in Mysuru and will leave for KRS tomorrow.

The Mandya District Administration has permitted the team to carry out the blasts and the Cauvery Neeravari Nigam Limited (CNNL) will bear the team’s expenditure of Rs.19.25 lakh.

Farmer rights activists, under the banner Cauvery Ulisi Janandolana Samiti, have questioned the District Administration’s intention to conduct a trial blast without intimating the public.

According to officials, experts have already conducted 11 days of inspection at various stone quarry units in the vicinity of the reservoir from Dec.6, 2018.

Farmers and social activists are arguing that the study should be conducted under the supervision of Union Ministry of Environment, Forest and Climate Change. “The Karnataka State Natural Disaster Monitoring Centre (KSNDMC) has already recommended a ban on mining activities around KRS and now what is the need of another Government agency to conduct trial blasts,” they asked.

They have alleged that district administration has succumbed to the pressure from mining barons and given permission for the trial blasts. Trial blasts, without precautionary measures, will affect the Dam. “We will not allow the CWPRS team to conduct the trial blast and will launch a ‘Go Back’ campaign,” they said.

Mandya Deputy Commissioner N. Manjushree said that the team will conduct blasts for five days and the people who conduct the blasts are licence holders. Movements will be restricted around the Dam for five days and power supply will be switched off for the team to study the impact of the blasts, she said.

Speaking to Star of Mysore, CNNL Executive Engineer Basavarajegowda said that the only intention of permitting the trial blasts was to ensure the safety of the KRS Dam. “We have not colluded with the miners and there is no politics in this. Blasting during stone extraction results in major ground vibrations and they may also cause damage to the KRS. Hence, we had requested the Mandya District Administration to issue permission to conduct trial blasts,” he said.  A technical report with suggestions will be given to the DC after the completion of five-day trial blasts and examinations. CWPRS is one of the premier and prestigious institutions in India, he added.

Minister reacts: The trial blasts will be conducted by Central Water and Power Research Station, a Central Government agency, from tomorrow. If it is established that mining blasts are threatening KRS, all mining activities will be permanently banned.”- C.S. Puttaraju, Mandya District Minister

4 COMMENTS ON THIS POST To “Trial blasts at KRS Dam: Farmers to launch ‘Go Back’ campaign tomorrow”