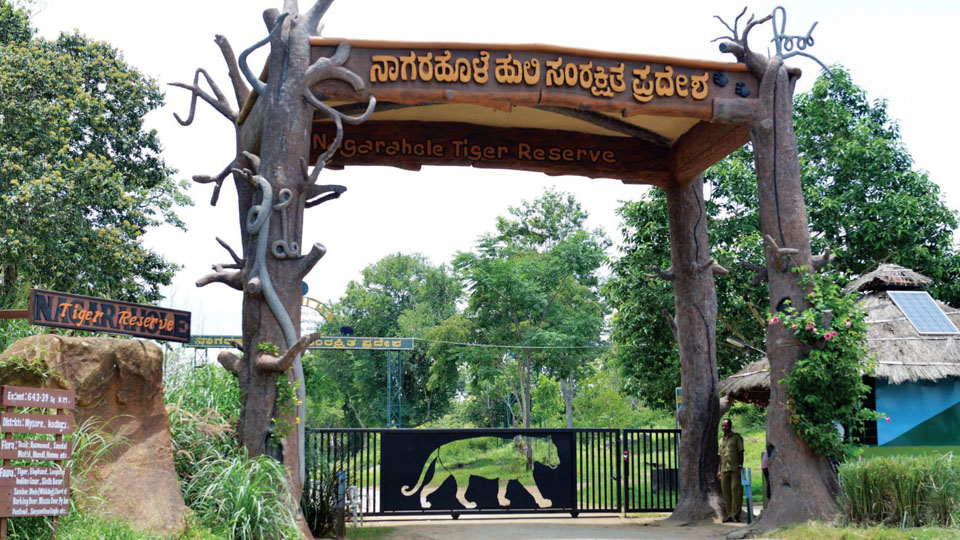 Hunsur: A tusker and a decomposed carcass of a tiger have been found in Nagarahole Reserve Forest here yesterday.

It is suspected that the tusker might have died during a fight with other elephant about three days ago. Wild animals had eaten some portions of the tusker, when the Forest Patrol personnel found the carcass yesterday morning, according to Kalahalli RFO Shivaram.

Meanwhile, Project Tiger Director Manikantan said that the carcass of the tiger was highly decomposed and the gender of the wild cat could not be identified. He said that the teeth and claws were intact but injury marks were found at some places and suspected that the wild cat may have died due to territorial fight.

Veterinarian Dr. Mujeeb conducted post-mortem of both the tusker and the tiger. The viscera of the tiger have been sent  to forensic laboratory in Bengaluru for testing.