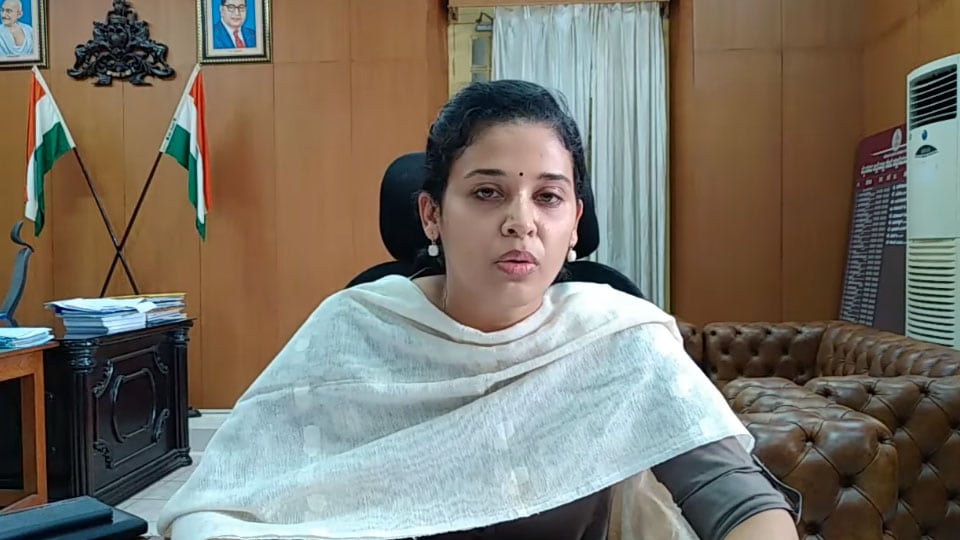 Speaking to media persons after visiting the Black Fungus Ward at K.R. Hospital yesterday and discussing its treatment with doctors and other officials, the DC said that there are 17 patients in K.R. Hospital, three in JSS Hospital and one patient in Apollo BGS Hospitals in city, who are undergoing treatment for Black Fungus.

Continuing, she said that those with symptoms of Black Fungus are being provided necessary treatment and added that if people with Black Fungus symptoms like running nose, severe headache etc. avail treatment immediately, the disease could be cured through medicines.

Pointing out that all patients undergoing treatment at K.R. Hospital were fine, the DC said that three-week time was required for the disease to be cured. If the disease is in its first stage, it could be cured through medicines and surgery is the next option, if the patient comes later, the DC said and urged the public to be cautious.

Pointing out that she visited K.R. Hospital and collected information as Black Fungus cases were increasing, the DC said that she has written a letter to the Government seeking necessary medicines and related facilities to treat the disease besides stating that the patients at present were being treated with available medicines and precautions have been taken to prevent any problems.

I undergo test daily: “As fours members of my family have tested positive, three are in home isolation and another is undergoing treatment at a hospital. My RT-PCR test report is negative and I undergo antigen test daily before I step out of the house because I should not cause problems to others. Only if the test result is negative, I come out of the house,” said DC Rohini Sindhuri.