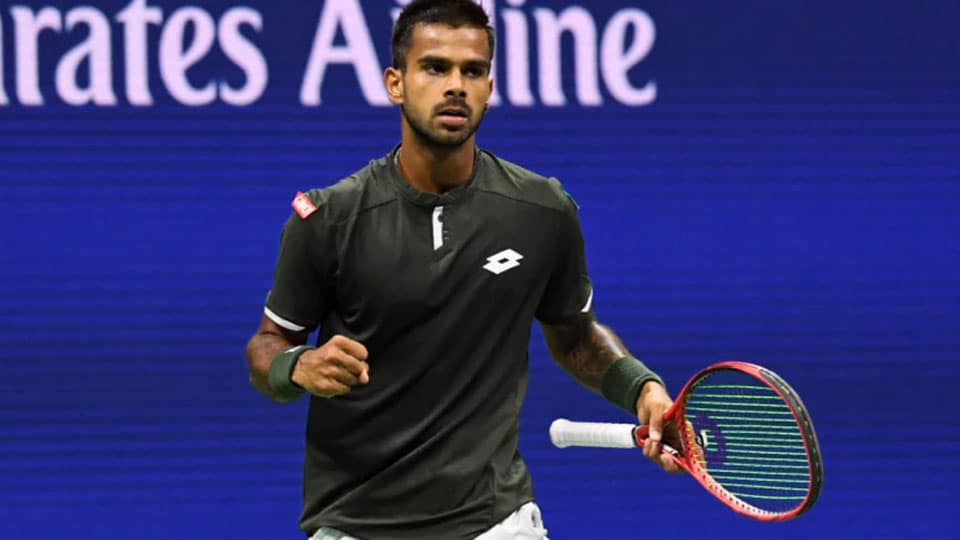 US OPEN 2019: Nagal loses to FedEx but wins one set

Playing the most important first Grand Slam match of his career that too against legendary third seed Roger Federer of Switzerland, qualifier Sumit Nagal of India put up a great fight before losing in four-setter in the US Open at the Arthur Ashe Stadium here, yesterday. Roger Federer won 4-6, 6-1, 6-2, 6-4. He won the match with a service winner.

Though young Nagal lost, he did not disappoint those who turned out to witness the match. The Jhajjar born Haryana player did not hesitate to play his strokes and serving well.

In fact his campaign in his first-ever main draw of Grand Slam, was heart-warming as he won the first set against experienced Federer.

It be recalled that Nagal had won the 2015 Wimbledon Boys’ Doubles Title with his Vietnamese partner Ly Hoang Nam, defeating pair of Reilly Opelka and Akira Santillan in the final. He became the sixth Indian player to win a junior Grand Slam Title.