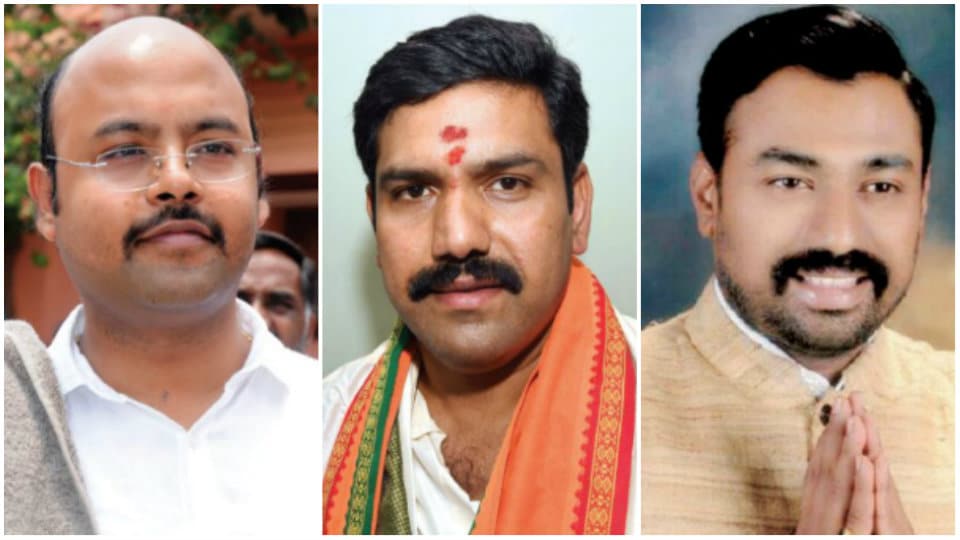 Mysuru: Assembly elections in Mysuru region will see a battle between first families of Karnataka politics as in Varuna Dr. Yathindra Siddharamaiah, the second son of the current Chief Minister and Kuruba strongman Siddharamaiah is all set to take on B.Y. Vijayendra, the second son of former CM and Lingayat leader B.S. Yeddyurappa.

Siddharamaiah is set to move to Chamundeshwari constituency to accommodate Yathindra in Varuna constituency. But the much-anticipated debut of Yathindra into electoral politics will not be an easy affair. For, Varuna could witness the fiercest battle as BJP is set to field Vijayendra who is already touring the constituency.

While Yathindra, as the chairman of the vigilance committee which oversees implementation of various housing schemes at Varuna, has been doing social service after he was dragged into politics following the death of his brother Rakesh Siddharamaiah, Vijayendra is quite experienced in grassroot-level politics as he takes care of his father’s constituency Shikaripura and supervises development works there.

Vijayendra’s name has been doing the rounds since the last 15 or 20 days as an ideal candidate to take on Siddharamaiah’s son in Varuna and he could give a tough fight. Though the State BJP leaders have said that Vijayendra’s contesting from Varuna depends on the party high command, a section of party leaders and workers in Varuna have been trying to convince the party top brass about fielding Vijayendra and even gave a memorandum to party chief Amit Shah when he visited Mysuru last week.

READ ALSO  Caste is not a criterion to become Chief Minister: Prakash Rai

Vijayendra has offered to contest from Varuna if the party high command deemed it fit. He has gone on record to state that he may be new to Varuna, but party leaders and workers were not and also cited the example of Ka.Pu. Siddalingaswamy who has done a lot of ground work in the segment. He expressed confidence to wrest the seat if given a ticket. 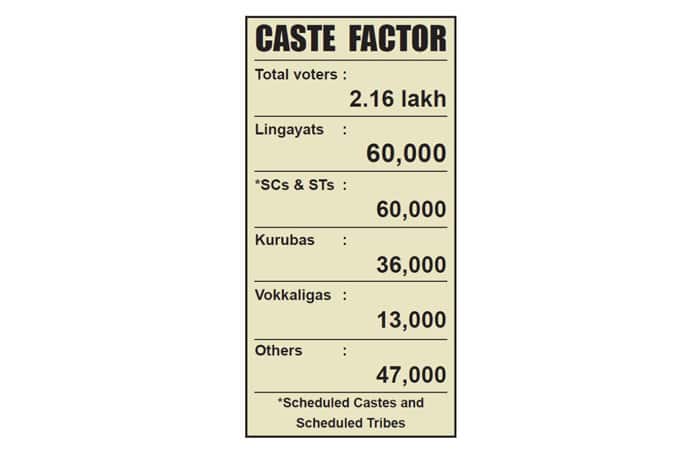 Siddharamaiah contested the elections from Chamundeshwari in 2006 from Congress after quitting JD(S) and won by a slender margin  of 257 votes.

This time, however, Siddharamaiah has chosen to contest from Chamundeshwari. Earlier, he had plans to field his son Rakesh in Varuna and Rakesh too had done a lot of field work in the constituency and was quite a popular leader. Siddharamaiah had personally groomed him to take on his legacy. But his untimely death in 2016 forced Yathindra to enter politics. For this, Yathindra had to quit his medical profession and take a plunge into politics.

After tracking CM Siddharamaiah’s five-day tour of Chamundeshwari, it will be the turn of former Prime Minister and JD(S) supremo H.D. Deve Gowda and former CM and party State President H.D. Kumaraswamy to tour the constituency.

Sources said that Gowda might start his Chamundeshwari tour any moment and will visit Veerashaiva mutts, Dalit colonies and Nayaka streets apart from campaigning in urban pockets under Mysuru Urban Development Authority and Mysuru City Corporation. The party strategy is to ensure the victory of JD(S) Chamundeshwari candidate G.T. Devegowda for which there is an internal understanding with the BJP, sources added.

In Varuna, Abhishek has entered the fray from JD(S) as its official candidate. But according to sources, if Ka.Pu. Siddalingaswamy was a BJP candidate, it would have been a three-cornered fight as more than 60% of the people of the village are  Lingayats and JD(S) had considerable clout. Now with the entry of B.Y. Vijayendra, it will be a direct fight between Yathindra and Vijayendra.

On his part, Abhishek, son of Prof. Subbappa of Hadinaru Bokkalli village, has been campaigning continuously in Varuna. “People have given good response to my rallies and I have their blessings. I don’t think people will let me down, irrespective of the sons of heavyweights contesting from Varuna,” he told Star of Mysore today.