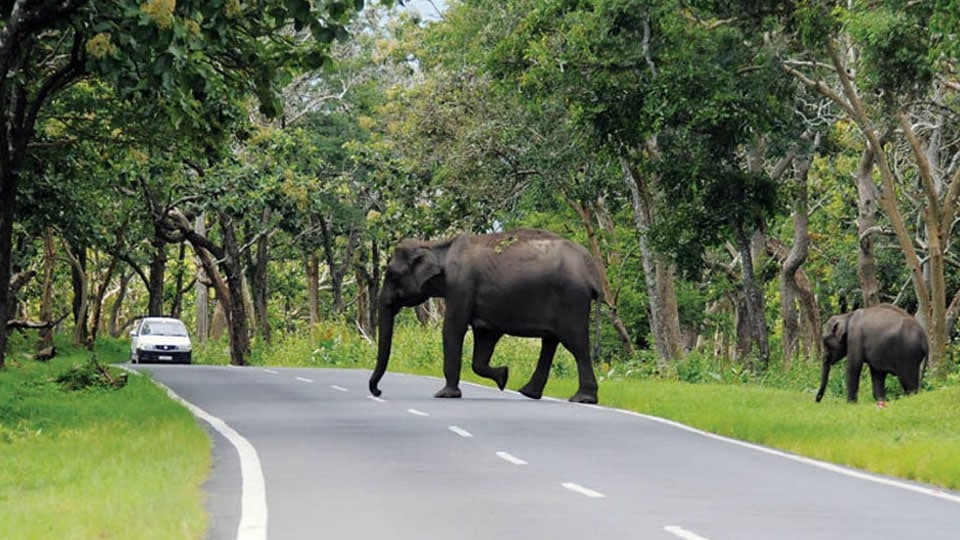 Mysore/Mysuru: Former Federation of Karnataka Chamber of Commerce and Industry (FKCCI) President Sudhakar N. Shetty has suggested Velluwadi-Chikkabargi Road as an alternative route to bypass the NH-766 that passes through Bandipur Tiger Reserve to reach Kerala. At present there is a night traffic ban between 9 pm and 6 am imposed by the Karnataka Government.

Kerala has been demanding Karnataka to lift the night traffic ban on NH-766 as the road connects Wayanad and Mysuru. The Kerala government had been insisting that the existing night traffic ban be bypassed on a 25-km stretch of National Highway 766 by cutting through a core part of the forest with an elevated corridor.

The Supreme Court had also upheld this night traffic ban. Currently, only a limited number of Government-run buses and emergency vehicles are allowed to operate during the restricted period on the stretch.

Sudhakar Shetty has suggested that the Velluwadi-Chikkabargi Road was the best alternative to end the dispute between Karnataka and Kerala. He said that he will be submitting a memorandum in this regard to the Central and State Governments.

A decision in this regard was taken at a meeting where it was observed that instead of National Highway (NH) 766, Velluwadi-Chikkabargi route from Sultan Batheri to Begur near Gundlupet was the best as the present proposed Kutta-Gonikoppa route also passes through forests and heavy traffic will affect the wild animals.

Wayanad Chamber of Commerce former President Johny Patani and team met Sudhakar Shetty at the latter’s office on Devaraj Urs Road here and held a meeting where it was decided to submit a memorandum to both Central and State Governments to consider Velluwadi-Chikkabargi route as an alternative route.

He also said that the Kutta-Gonikoppa route would not serve as a connectivity route to Gundlupet and Mysore Airport at Mandakalli which in turn would affect Mysuru tourism.

The Sultan Batheri-Velluwadi-Chikkabargi-Begur route is only six kilometres which passes through the outskirts of forest area and hence both the Governments should consider this route as an alternative, Shetty felt.