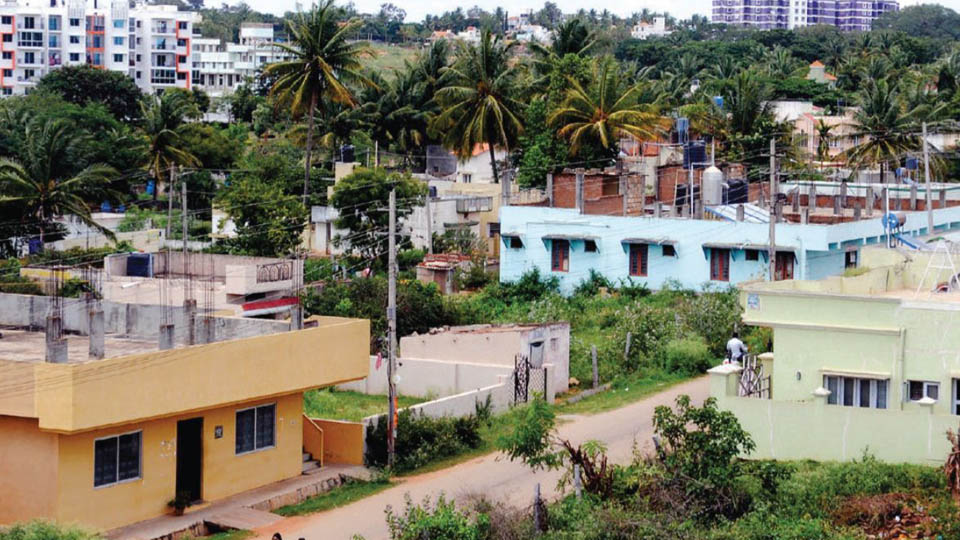 Bengaluru: Chief Minister H.D. Kumaraswamy has assured the residents of Vijayashreepura in Mysuru of protecting their interests by placing facts before the Court.

Presiding over a meeting held at Khanija Bhavan on Race Course Road here on Tuesday to discuss resolution of Vijayashreepura row, Kumaraswamy said that the Government will make all efforts to convince, property owner Chaduranga Kantharaj Urs who has filed a petition in the Supreme Court and his lawyer to withdraw the petition.

Kumaraswamy who is learnt to have called up Kantharaj Urs for the meeting, said that once the petition in the Supreme Court against Mysuru Urban Development Authority (MUDA) is withdrawn, the Government will start measures for legalising (Sakrama) sites in Vijayashreepura.

Responding positively to the Chief Minister’s statement, Kantharaj Urs said that he had no objection for any measures to be taken by the Government in public interest. Urs further said that he would talk to his advocate in this regard, it is learnt.

Yesterday’s meeting called by the Chief Minister and attended by petitioner Kantharaj Urs, has brought hope to Vijayashreepura residents.

CM Kumaraswamy who is said to have convinced Kantharaj Urs on resolving the legal tangle pertaining to Mysuru’s Vijayashreepura Layout, directed the Urban Development and Revenue Department Officials to submit in detail the facts and figures and related documents to the Court, it is also learnt.

Yesterday’s meeting assumes much significance in the wake of tomorrow’s (Sept. 20) hearing in the Supreme Court on the Contempt of Court petition filed by property owner Kantharaj Urs against MUDA.

The Government’s intervention in the row has brought much confidence among Vijayashreepura residents, who are staring at eviction.