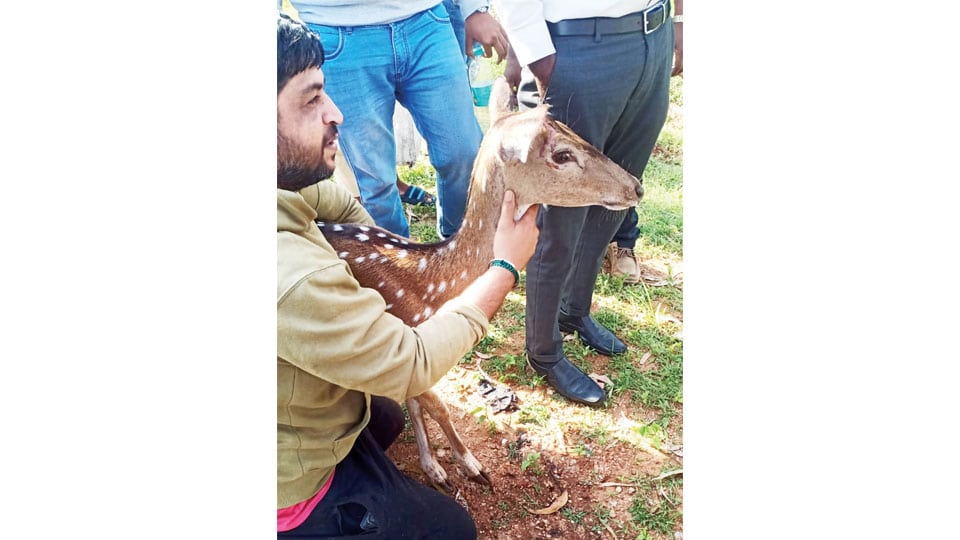 Hunsur: A spotted deer which was injured after it was hit by an unidentified vehicle in Arabhitittu Reserve Forest area on Hunsur-Mysuru Road on Thursday morning, has been rescued by villagers.

It is suspected that the deer was hit by a vehicle when it was crossing the road and the vehicle driver, fearing action from the Police and Forest authorities, may have sped away without stopping.

Meanwhile, motorists and villagers, who were passing by the road, saw the deer lying on the roadside and on closer examination of the animal, they found that the deer was injured.

They provided water to the deer and informed the Forest Department officials, who rushed to the spot and took the deer inside the forest area. Later, Forest Department’s veterinarian was summoned, who treated the deer for its injuries.

Forest personnel said that the deer had suffered minor injuries and added that the animal would recover soon.