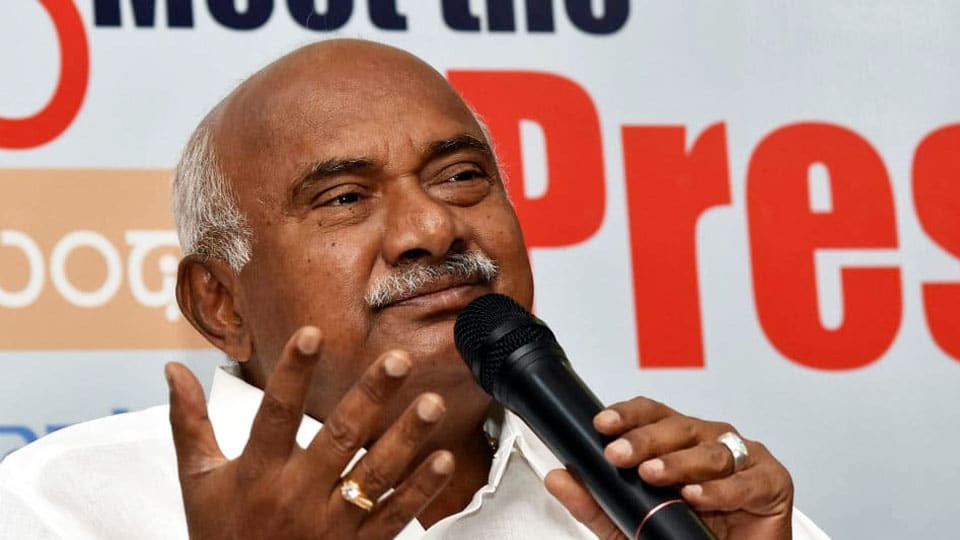 Bengaluru: Disappointed over the severe drubbing in the Lok Sabha polls and the ‘insulting’ remarks made by some of the Party leaders against him, State JD(S) President A.H. Vishwanath has tendered his resignation to the post.

Addressing a news conference at the Press Club in Bengaluru this morning, Vishwanath, who is also Hunsur MLA, displayed his two-page resignation letter addressed to JD(S) Supremo and former PM H.D. Deve Gowda, quitting his post as State JD(S) Chief.

Listing out the reasons for his decision to quit, Vishwanath said he was deeply discomfited with the Party’s performance in the LS polls and he thought of resigning the next day itself (May 24), but was prevented by the Party Supremo.

Blaming CLP leader and former CM Siddharamaiah, who is also the Co-ordination Committee Chairman for the poll debacle of the JD(S) and Congress, Vishwanath held Siddharamaiah entirely responsible for the defeat of coalition candidates.

He maintained that the coalition partners even failed to evolve a Common Minimum Programme for better governance.

He said that as an MLA, he would attend JD(S) Party meeting convened by CM H.D. Kumaraswamy at his (HDK) J.P. Nagar residence this evening.