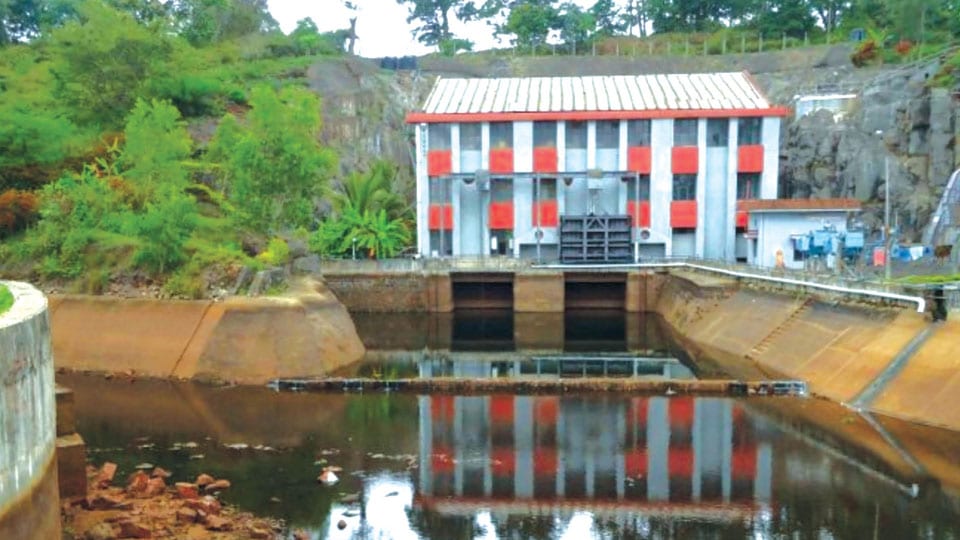 Despite bountiful rains, maximum power cannot be generated due to uncontrolled water release

Kushalnagar: Hydroelectricity generation by Energy Development Company Limited (EDCL) in Kodagu district using water from Harangi Reservoir is having a setback as there is a water shortage in the Reservoir.

Though Kodagu has been receiving bountiful rains since 2018, power cannot be generated at EDCL as water is released all of a sudden whenever there is an indication of the Reservoir getting full and a periodicity is not followed. This year too, maximum water has already been released and the Harangi Dam faces a water deficit.

Most of the power generated at EDCL is supplied to Periyapatna, Koppa, Somwarpet, Kushalnagar and the usually excess power goes to Mysuru (under Chamundeshwari Electricity Supply Corporation) as there are no major industries in Kodagu.

The EDCL had in 1998 entered into an understanding with the State Government for 30 years to generate power using water from the Harangi Dam. The electricity generated from the Reservoir is purchased by the Government at the rate of Rs. 3 per unit. The maximum power that is so far generated at EDCL is 36 million units in 2014.

The EDCL generates electricity using the water from the Left Bank Canal released from the Reservoir for agricultural purposes in Hunsur and K.R. Nagar. The water is released to the canal only after storing 8.4 tmcft (thousand million cubic feet) water every year. As per an order passed by the Supreme Court, reservoirs cannot store more than 75 percent of water and excess water must be released.

In the past three years, the Reservoir reached its maximum capacity in July and from then water has been continuously released to reach the Krishna Raja Sagar (KRS) Dam.  Water is released as soon as there is any indication of the Reservoir is getting full and the more it rains the more is the water release. In 2020, only 30.7 million units of power was produced and now there is no production at EDCL as maximum water has already been released.

EDCL operates a run-of-the-river 9 megawatt hydroelectric power project at Harangi River and has two turbines that have a capacity of generating 4.5 megawatt power. There is one more turbine on the river side that generates 6 megawatt power taking the total to 15 megawatt. The minimum water requirement for the giant turbines to roll is 200 cusecs and the maximum is 2,000 cusecs. If more water is released from the Dam, it overflows and is of no use for power generation.

Staring at a crisis

Water level at Harangi Dam as on Jan. 15 stands at 2.83 tmcft while the Reservoir can actually store 8.4 tmcft. Of the 2.83 tmcft, 1 tmcft is silt and cannot be potable. So practically there is only 1.83 tmcft — a crisis situation as lack of water directly affects the KRS Dam. It will be difficult to tide over the next four to five months till it rains next.

“The present storage level of the Harangi Reservoir would affect electricity generation which in turn will affect industries, farmers and citizens. We were unable to generate more power since the last three years despite bountiful rains because water is released from the Harangi Dam without any pattern and is released continuously.”—Shivasubramani, Manager, EDCL

DATA FROM JUNE TO DECEMBER