Home » Columns » Abracadabra By K. B. Ganapathy » What does Davos mean to India? 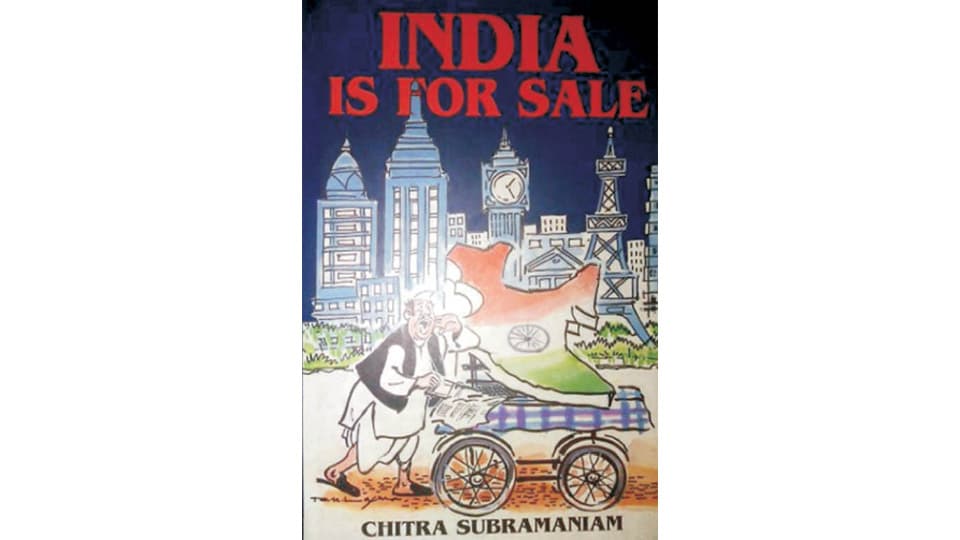 What does Davos mean to India?

Are we benefiting from this annual shindig? If not, why are we there?

Our Prime Minister Narendra Modi has, at least, redeemed our country’s honour among the comity of nations by sending to Davos competent persons and those who are not kleptomaniacs.

I was away for 18 days on a journey of rediscovering places in India and abroad. I was simply left wondering what man could do with his intelligence and genius for his comfort and enjoyment. I intend to share my personal views and experiences on this journey with you later but for now let me write about Davos, assumed to be the destination for those countries who wish to change their economic destiny.

On Wednesday, January 21, 2015, the annual gathering of the World Economic Forum (WEF) began its four-day annual shindig, until January 24 at Davos, Switzerland. It is an unlikely mix of industrial giants, business tycoons, bankers — ‘Hawala dealers,’ patron bankers of black money from, specially, third-world countries, heads of States and Prime Ministers, venture capitalists, Nobel Prize-winning economists (to confuse the deliberation!), even pop-stars (to play the music of money into their ears!), media moguls and journalists as agents for the do-gooders who call themselves as NGOs helping the governments to  implement their projects and being the enhancers of our netas’ personality.

India’s former Prime Minister H.D. Deve Gowda was a lucky person to have attended Davos and we as Kannadigas felt proud too. This time special attention was paid to the special appearance of Prince Andrew, the second son of Queen Elizabeth II, and the failed US Presidential candidate Al Gore, former US Vice-President who was, however, given a ‘consolation prize,’ Nobel Prize for Peace for his work on environment and climate change along with Rajendra Kumar Pachauri, an Indian.

As for the pop-star, there was that American Pharrell Williams, who wrote the controversial hit song Blurred Lines, who spoke on climate change. Now he must go back and write another hit song ‘Blurred Views’ and benefit from his visit to Davos !

The WEF was sired by Klaus Schwab, a German academician, to promote German business by encouraging international co-operation which in a collateral way exposes European business to the latest management techniques. However, since its establishment in 1971, it has gradually become a global meet attracting global leaders and business power-brokers. In the present meet, 2,500 were invited to discuss this year’s theme ‘The New Global Context,’ whatever it means.

Many believe the greatest attraction to attend Davos is the real action that happens away from the programmed events considered ‘official’ to use Indian parlance. A time for a blizzard of socialising, hand-shakes and back-slapping. Some international business moguls set up court in their chalet or hotel suite.

And do what? Pay tribute to the benefactor in private, nay pay homage. Among them are Finance Ministers, bankers and even senior journalists! What has a journalist got to do here? Your guess is my guess. After all, truth is that ‘flesh is weak.’ Then in the evening, as is the practice in western countries, after supper the party begins. It is here I want to write about India’s role in the past at Davos. But before that more on Davos Maya Bazar.

READ ALSO  All set for the next 20 years

Many believe that Davos is waste of time unless partying and cavorting is considered not waste of time. The sceptics say it is just nothing beyond posting pictures to near and dear ones back home or whenever, of purchases made etc., not forgetting to quote some banal statements made by the panellists posing differently from the ordinary. However, for some it is an occasion to talk, listen and benefit by meeting leading thinkers.

After all, this is a non-profit organisation and its aim is to improve the state of Europe, originally, now the globe. The world indeed has shrunk or is it shrinking? Let it be.

There indeed seems some life still left in WEF’s efforts at Davos. Though the theme for this year was ‘The New Global Context,’ a phantom theme difficult to define, it transpired that they discussed on some realistic subjects like diversity, income-inequality, economic change and more importantly religion. The last one is important because today in many Muslim countries there is no stable government; civil and sectarian war is raging. Definitely this will have its impact on the global economy, apart from the human tragedy.

If the intention of the WEF, as we are made to understand, is to ‘improve the state of the world,’ then we must include in it the Muslim world too and work on a ‘war-scale’ to end the conflicts and provide relief and succour to millions of civilian population affected by these endemic conflict, those dislodged from their homes and hearths, living in refugee camps in unhygienic conditions and  restore their human dignity. Only then, this WEF at Davos would have served its purpose, not otherwise.

It is, therefore, not surprising that the founder of WEF, Klaus Schwab, now 76-year-old, had said in an interview that ‘those attending the meet at Davos have a leadership responsibility.’ If it is so, then it must be seen on the ground, at homes of people who live in this world.

“Davos is a big showroom where you display your country, your industry, and your services… To this forum India sends politicians who are armed not just with their ignorance of Indian and international politics but also with a long list of complexes… In fact, nothing is more entertaining than watching our netas alternate between abject servility, say, in the presence of the World Bank Chief to breath-taking arrogance in their dealings with lesser white mortals…. No other country in the world views multinationals with such a mixture of dread and envy as Indian politicians do. No other country’s politicians beg for money from one side of the mouth while criticising the ways of their donors with the other as our politicians do.”

In the past, since the days of NDA of Atal Bihari Vajpayee as Prime Minister, India’s participation in WEF has been a joke. The joke about the Indian politicians, according to the book, is that very few of them could speak about the country’s economy and trade. Mercifully this time round India seems to have reclaimed its self-respect and also place (of dignity) among the member countries that attended the meet. Thanks to BJP-led NDA Government under the Prime Ministership of Narendra Modi. For the next 10 years at least India will occupy its place of respect in such international gatherings.

And what kind of people, delegates, India was sending to Davos in the past? Listen to Chitra Subramaniam:

“The next day Telecom 1995 was over…. There was a box item on India. (In a Swiss newspaper). It said the Indian team left without paying their telephone bills at the Indian pavilion but the Indian delegation had walked away with telephone sets provided for the occasion.”

Hey Ram! Modi has, at least, redeemed our country’s honour among the comity of nations by sending to Davos competent persons and those who are not kleptomaniacs.

Let me remember here the country’s most admired and respected cartoonist R.K. Laxman, who passed away on Monday evening at age 94. The book I mentioned of Chitra Subramaniam titled “India Is For Sale” has its cover page designed by none other than R.K. Laxman (See picture above).

5 COMMENTS ON THIS POST To “What does Davos mean to India?”