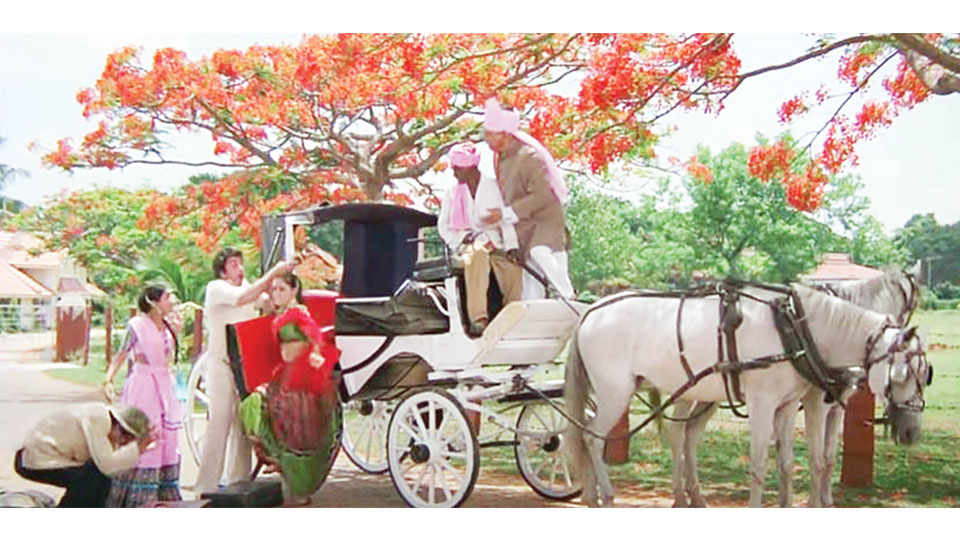 When Raj Kapoor came to my house in Mysore

In 1980, I was working as an Administrator at Mysore City Municipal Corporation (Elected Council was superseded) holding Additional Charge as Director of Administrative Training Institute (ATI) also. I was staying in the Corporation Guest House, opposite Cheluvamba Park, Mysore, with my family.

One morning as I was having breakfast, the watchman came and told me in Kannada “Yaaro Rajkapoor anthe. Nimmannu nodabekanthe. Varandadalle kurusiddene.” (Some Raj Kapoor it seems. He wants to see you. I have made him sit in  the veranda)

I had my breakfast leisurely and came out after 10 minutes saying “Yava Rajkapoorappa? Yenu cinema actor bandubittidara?” (Which Raj Kapoor? Has the film actor come?).

As I walked out, to my shock, I notice the Great Showman of   Indian Cinema, a popular hero to people like me from our college days in the fifties, sitting very much in front of me in the open veranda of my quarters. He immediately got up and wished me.

I profusely apologised for the delay and told him that my watchman never mentioned it is film actor Raj Kapoor. Obviously the watchman did not know this.

I immediately invited him to our drawing room and made him comfortable. By that time coming to know that it is the great Raj Kapoor of Indian Cinema who had come, my family members including my parents came in and they were all happy to meet him and get introduced.

While refusing to take breakfast, he accepted a cup of tea and explained what brought him to my house. He had come to Mysore to shoot Prem Rog under his RK banner.

The previous day as he was going on Lalitha Mahal Road, he saw the garden in front of ATI along with its gravel pathway and was impressed.

He wanted to shoot a scene there in which the heroine Padmini Kolhapure comes in a coach and gets down in the garden and meets the hero Rishi Kapoor. For that shooting he had come to seek my permission as I was Director of ATI.

I happily agreed to give permission without even examining whether I had the authority to do so. Those days as Field Officers we had more power and bosses were also broad-minded and did not interfere as long as bonafide decisions were taken with good intention. Though he was at the zenith of his popularity, in his interaction with me he was a gentleman to the core and courtesy personified.

Next day Raj Kapoor had his shooting in the forenoon. Literally, it became an unofficial holiday in ATI, as the entire staff (including the Director!) and all trainees were there to see the shooting.

My grandchildren ask me now why I did not take a photo with our entire family and it would have been a great addition to my album.

I had no courage to say I did not own a camera then and mobile phones had not yet arrived !

‘I am a complete product of the Legendary Showman’

Yesteryear actress Padmini Kolhapure was nine when she first worked with Raj Kapoor as a child artiste in Satyam Shivam Sundaram. The actress calls RK Studios her second home and herself a complete product of the legendary showman.

“The premières of RK films were much awaited. For the première of ‘Satyam                                      Shivam Sundaram’ in Delhi, he got me a tailor-made white lehenga by designer Bhanu Athaiya, as white was his favourite colour and he wanted everyone around him to dress in white. But I lost the lehenga on my way back home,” recalls Padmini Kolhapure in an interview to a newspaper.

Though he came across as a taskmaster, the actress reveals that he adored his actors and literally put them on a pedestal. “He made us feel comfortable and special. When I was shooting for ‘Prem Rog’ in Mysore and Bangalore, every day he would send a huge basket of ‘gajras’ just to make me feel special. He made every actress feel like a queen,”  Padmini Kolhapure adds.

H.K. Shivananda Raj Kapoor
Health at his Fingertips!
From Engineering to MBA at IIM to IAS