Home » News » Will Education Minister look into this neglected school? 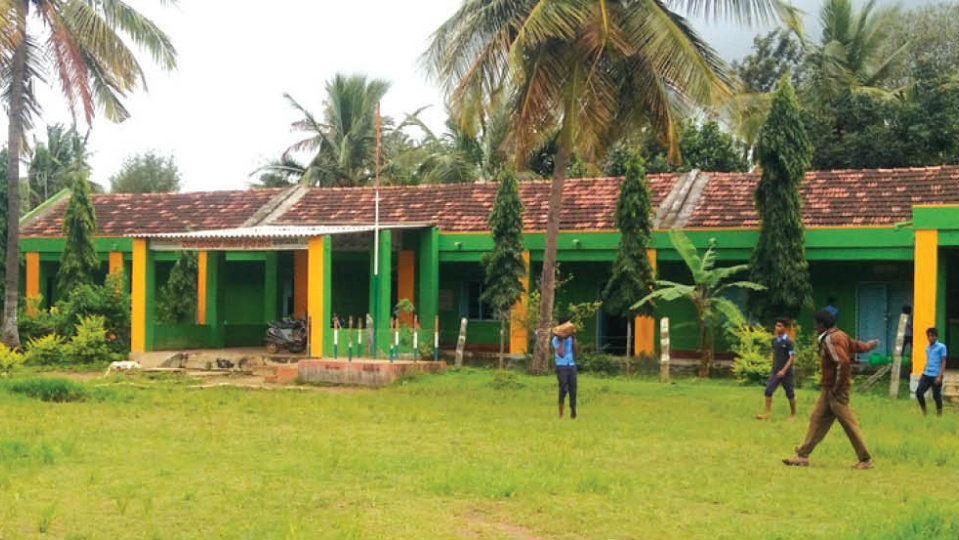 Will Education Minister look into this neglected school?

Periyapatna:  Will Karnataka Primary and Secondary Education Minister N. Mahesh look into this school which has not been provided with original land documents since 42 years? The school is lying in a state of neglect and the parents of the children studying in the school have requested urgent intervention by the Minister.

The school is located at Hunasawadi village in Periyapatna Taluk and despite school authorities writing letters to the Education Department’s regional, district and taluk offices, the problem still exist. The school has classes from 5th standard to 10th standard with more than 172 students. More than 65 to 70 students pass out after completing SSLC every year.

The school that provides education to children from eight to ten villages began functioning in 1976 and since then many head masters have tried to get the original land documents but in vain. The only document the school has is the blue print mentioning about five-acre plot of the school. Though the authorities can conduct a survey using the blue print and prepare a new document, they are not taking initiatives in this regard, said students and parents.

According to Head Master M.J. Narasegowda, the school will complete 50 years in a few years. “We need to conserve the school. Our school does not even have a compound and cattle roam freely here, dirtying the premises,” he said.

There is also a need for classrooms and furniture. There is a borewell with a hand pump to meet the drinking water requirement of students. But the borewell can provide only two to three buckets of water and that too polluted. In 1999, the Land Army constructed two classrooms with cement roofing which is now dilapidated, making it impossible to conduct classes in these two classrooms.

“We brought this issue to the notice of Periyapatna Block Education Officer. He has instructed us to demolish the classrooms. We are left with no other option but to conduct classes in the existing classrooms,” the Head Master said.

The school requires a total of eight rooms including three smart classrooms, one laboratory, one library, one room to store sports equipment, one head master’s room and one computer room among others, Narasegowda said and added that though a letter in this regard was written to Zilla Panchayat CEO, nothing has been taken forward.

The students and parents have now urged Primary and Secondary Education Minister N. Mahesh to visit the     school at the earliest and initiate steps to develop the grossly neglected school.