Home » News » Will not spare anyone involved in IMA scam: M.B. Patil 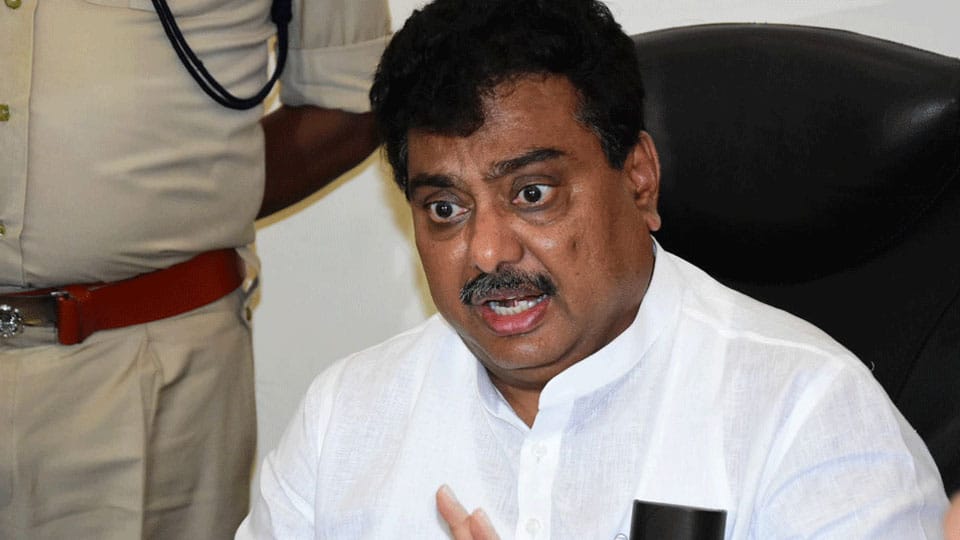 Will not spare anyone involved in IMA scam: M.B. Patil

Speaking to press persons after taking part in the Passing Out Parade of Jail Warden probationers at the Central Jail premises here yesterday, Patil said, currently a Special Investigation Team (SIT) has been formed by the Government probing the scam, in which thousands of investors have allegedly lost huge sums of money.

Maintaining that the SIT will conduct a thorough investigation and arrest all those involved, no matter how big or influential they are, Patil said that the nature and volume of the scam will be  known only after the SIT completes the probe.

Reacting to MP Shobha Karandlaje’s remarks targeting him, Patil said that he respects Shobha as a woman and he would not like to react much on her statement.

On the BJP’s demand for a CBI probe into IMA Jewels scam, the Home Minister said that the SIT was more than capable of investigating the case. Stating that he has much belief in the State Police, Patil said that it was the State Police force which cracked M.M. Kalburgi and Gauri Lankesh murder cases.

The Home Minister also wondered what all had happened to the cases probed by the CBI earlier.

Referring to the alleged nude parading and assault on a dalit youth at Gundlupet in Chamarajanagar district, the Minister asserted that the Coalition Government was very much with dalits and there was no question of sparing or going soft on the culprits.

Maintaining that there was no question of shielding anyone in the case, the Minister said that, however, the innocents must not be punished and it is the responsibility of the State to render justice to the victim.