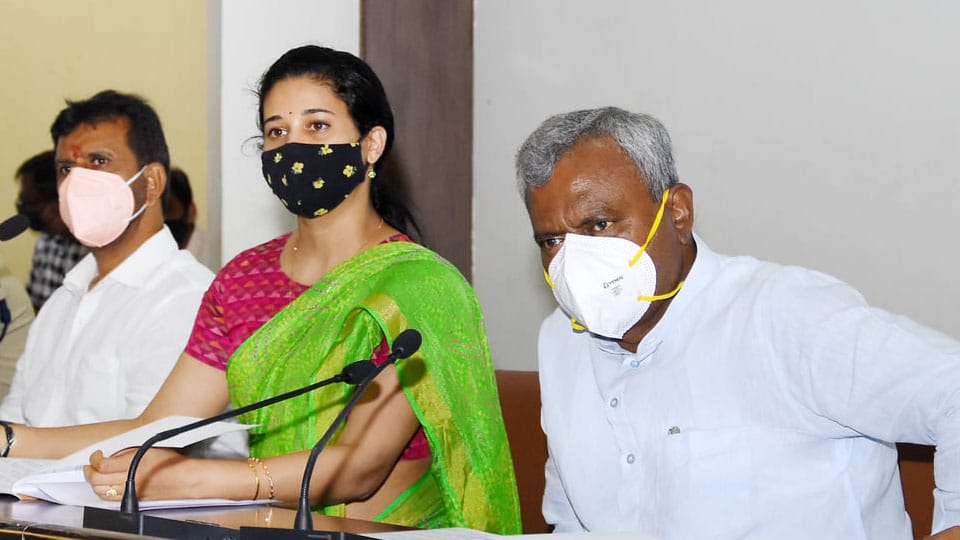 Mysore/Mysuru: A wine shop near Maharshi School in J.P. Nagar was at the centre of discussion during the Karnataka Development Programme (KDP) meeting held at ZP Hall yesterday. Mysuru District Minister S.T. Somashekar, who chaired the meeting, pulled up the Excise Deputy Commissioner for not acting against the wine store.

“You have not acted despite Chief Minister directing you to relocate the wine store that is near an educational institution. If the CM’s words have no value, then whose directions do you follow,” the Minister questioned the officer who was at loss of words.

The CM had directed the Excise Department to relocate the wine shop as Krishnaraja MLA S.A. Ramdas had led a delegation to him when the CM had recently visited Mysuru. The delegation comprised students from Maharshi School, DAV School and Sharada Mandira School and representatives from Jockey Factory management.

Somashekar directed the Excise DC to act on the CM’s order and report to him on the action taken. Intervening in the discussion, Deputy Commissioner Rohini Sindhuri said that the wine store must not be relocated but the licence has to be cancelled as it is within the boundaries of educational institutions.

Diverting his attention on cleanliness, Somashekar asked Mysuru City Corporation (MCC)  Commissioner Gurudatta Hegde on what plans he has formulated to keep Mysuru city clean. Replying to the Minister, Hegde said that the cleaning process of over 13,000 vacant sites in city had already begun and tenders have been called to clean drainage and storm water drains.

Awareness campaigns on cleanliness will be launched along with the co-operation of NGOs, Resident Welfare Associations, Hotel and Restaurant Associations and Choultry Association and all of them have assured cooperation, the MCC Commissioner told the Minister.

Over 3,000 women from voluntary organisations and Self- Help Groups (SHGs) will be called for a workshop on maintaining cleanliness and topics like recycling of waste, pollution and others will be discussed. Also, awareness will be created on shramdaan by school children and the Minister’s directive was sought to ask Education Department to join hands with the MCC.