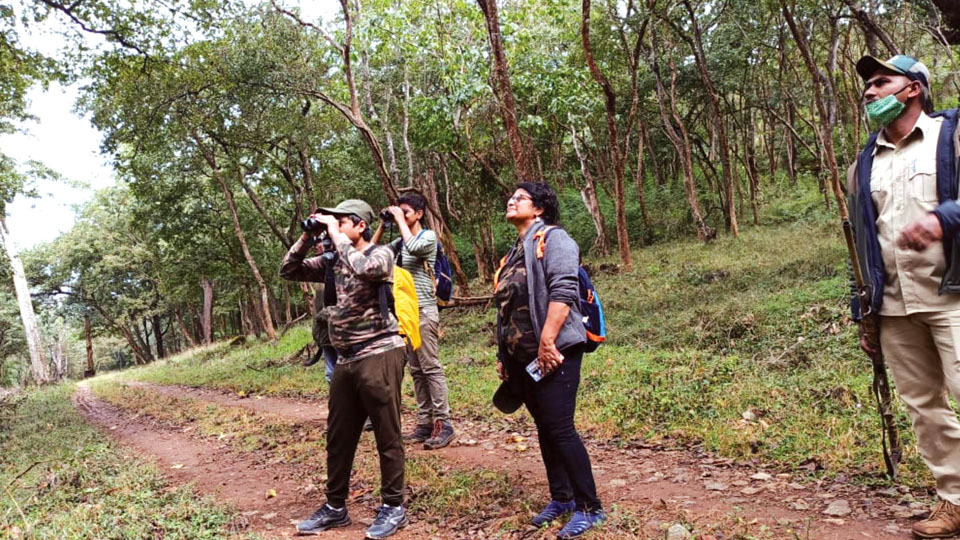 Winged beauties a feast for bird-watchers at BRT bird fest

Interestingly, the brand ambassador of the festival Rufous-bellied Eagle was spotted. The rare bird was sighted by the team led by Ornithologist S. Subramanya and Chief Conservator of Forests Manoj Kumar.

Rufous-bellied Eagle is a resident species of Southern Asia and it lives in dense forests. Due to large-scale cutting of trees, the bird species has lost natural habitat and are counted now among endangered ones.

In all, 85 people had registered for the festival and 14 teams were formed with six members in each team. Yesterday morning it rained heavily in the area and it was impossible for the team to venture into the woods till around 9 am. Still one of the teams headed out. Later, armed with notepads and the data of previously-sighted birds, all the 13 teams entered the forests and the new sightings were noted down and collated.

While the first two days of the festival was reserved for lectures and special talks, the last day, yesterday, was reserved for bird watching. Some of the birds that were spotted are Black-naped monarch and Spot-bellied Eagle owl. Apart from bird sighting, several bird calls were heard and experts explained the bird species to the teams.

Forest Department officials and the ornithologists who were part of the festival said that the bird sighting data collected by all the 14 teams would be collated and it would be compared with the old sighting data. It will take some time to reveal if any new species have been spotted at the festival, officials said.