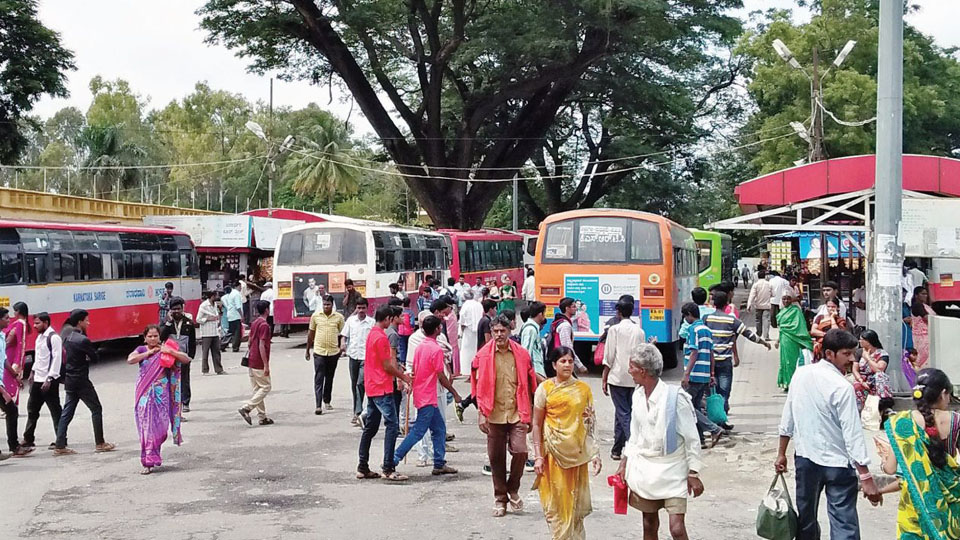 Mysuru: Beware if you are travelling in a crowded bus and if you are carrying a bag don’t ever hand it over to the people who are sitting. You might lose cash and valuables kept inside the bag as criminals will be watching your every move.

A woman learnt her lesson in a hard way as she fell prey to this attention diversion crime that occurred inside a bus. She lost a whopping Rs. 1.80 lakh cash that was kept inside her bag. The incident that occurred a few days back has come to light now.

In her complaint to Devaraja Police Station, 57-year-old Divya, a resident of T. Narasipur, has stated that on July 27, she was travelling in a crowded KSRTC city bus in the afternoon from Mahadeshwara Layout.  As the bus was crowded and there was very little space for her to stand, she had handed over her vanity bag to two women who were seated next to her. The bag contained Rs. 1.80 lakh cash.

Divya told the Police that the women managed to take away the cash by diverting her attention or while she was looking away. The two women handed over the bag back to Divya at a bus stop near Sayyaji Rao Road and told her that they were alighting from the bus.

After taking back the bag, Divya opened it only to find that the cash was missing. By the time the theft came to light, the women had got down from the bus and had left the place. Divya immediately alerted the fellow passengers and on searching, a small purse was found below the seat on which the women were sitting.

A few documents that belonged to one K. Nagamani and Bhagya were found in the purse. The documents included Voter ID, PAN Card, pass book of The Mysore Cooperative Society and the loan repayment certificate of the same Society.

Divya has said that the two women had stolen cash from her bag and were behaving in a suspicious manner. She told the Police that both the women were in a tearing hurry to get down near Sayyaji Rao Road.

The Devaraja Police are now tracing for Nagamani and Bhagya based on the documents that have been recovered from the bus.

KSRTC Bus
PVR Cinemas open at Garuda Mall
Close to each other while alive, mother-son unites in death too