Home » News » Close to each other while alive, mother-son unites in death too 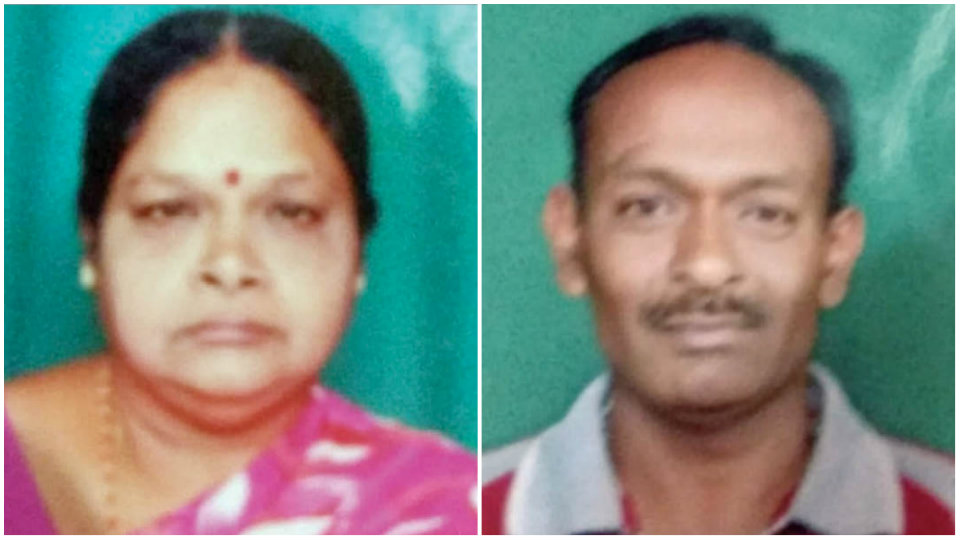 Close to each other while alive, mother-son unites in death too

Mysuru: Death has united a mother and son who were closely attached to each other during their lifetime. Both died within hours and as fate willed, it was the son who died of heart attack first early in the morning, closely followed by his mother at around 12.10 pm.

The incident occurred in city yesterday. Late Paramesh’s wife Shanthammanni alias Shantha (70), who was suffering from a kidney disease, and her son Dileep (47) were living on Thyagaraja Road in KR Mohalla near Akkana Balaga School.

While Shantha could not be cured from the kidney disease and was bedridden since the last four years,   Dileep was having troubles with his heart and two years back, he had suffered a heart attack and a stent was implanted in a by-pass surgery. Dileep had devoted himself to take care of his mother and occasionally he used to drive an autorickshaw to earn a living.

Shantha was admitted to Radiant Hospital in Vijayanagar sometime back and was brought home last Saturday as she was not responding to the treatment. Shantha was not even responding to others. As her condition was critical, Shantha’s daughter Rekha had come from T. Narasipur to her mother’s house to take care of her.

Dileep lived on the upstairs of the house and as usual, he had dinner on the night of July 29 (Sunday) and went to sleep in his room. Every morning, he had a habit of walking around the garden around his house and used to water the plants. Yesterday, however he did not come down even after 9 am. His sister Rekha called him on his mobile but there was no response.

Rekha immediately rushed to his room only to find it locked. As there was no response, she called the neighbours and the door was broke open. Dileep was found in a sleeping position and he did not wake up despite the family members trying hard. A doctor was summoned who told the family members that Dileep had died of a massive heart attack a few hours ago.

The family members did not inform Shantha about her son’s death as she was in a semi-conscious state. But after Dileep’s body was being lowered from his upstairs room, the family members discovered that Shantha too had breathed her last.

Paramesh and Shantha had three children. While the first son Deepak was living separately at Kuvempunagar along with his family, Rekha lived at T. Narasipur along with her family. Dileep was the youngest son and was attached to his mother.

A goods autorickshaw driver by profession, Dileep’s wife had separated from him and has been staying with their teen son. Dileep, who rarely went out for work, devoted all his time to his mother. Troubles began with the family as Shantha was diagnosed with kidney disease four years back and she was undergoing regular dialysis.

Dileep, who was taking care of his mother, suffered a heart attack two years back and with the help of his brother and sister, he had undergone a by-pass surgery.

Hearing the news of the death of mother and son, a large crowd had assembled at their house. The death of Dileep also brought together some of his childhood friends who had their initial education at Akkana Balaga School in the same locality.

Dileep’s teen son, who came along with his mother to see the mortal remains, also performed the last rites. The bodies were buried alongside in two separate graves at a burial ground in Vidyaranyapuram.