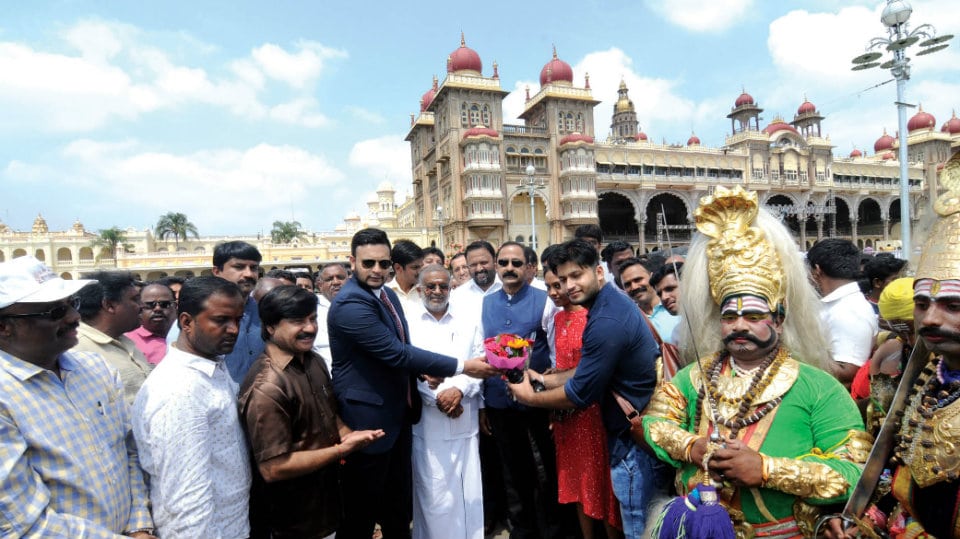 Speaking on the occasion, GTD said that the Dasara campaign has been digitalised using technological innovations. 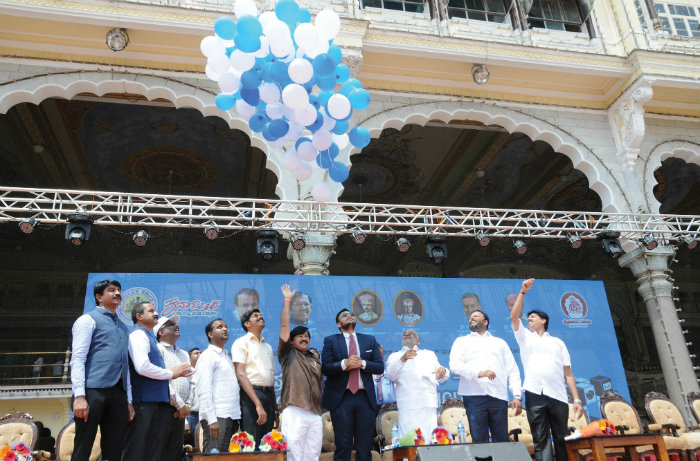 Highlighting that Mysuru has the potential to become a global tourism hub, the Minister said that Chief Minister H.D. Kumaraswamy is working on plans to make Mysuru abuzz with tourists all 365 days.

The foreign tourists to the Palace were welcomed with roses by the Minister at the entry gate (South Gate) while students from Mahajana Institute of Tourism and Hospitality Management too distributed roses to tourists and drew rangolis in the Palace premises. 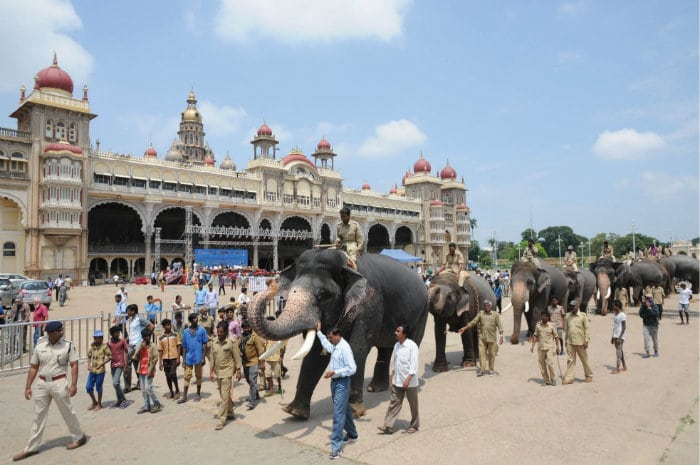 A Tourism Day message from Tourism Minister S.R. Mahesh, who is on a week-long tour of France and other European countries, was displayed on a LED screen. In the evening, the Police Band will perform in the backdrop of the illuminated Palace. 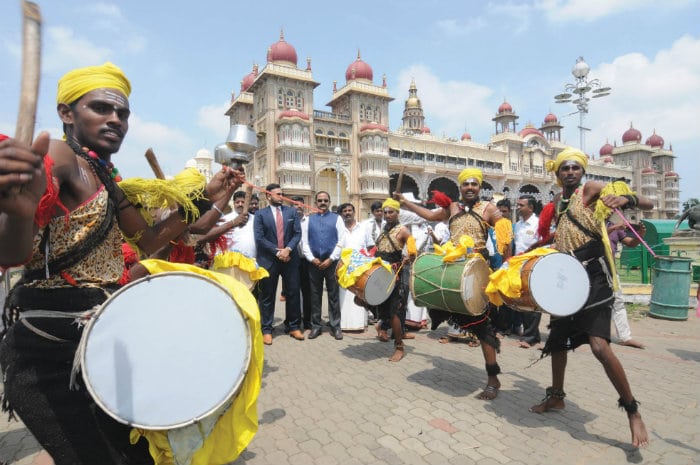