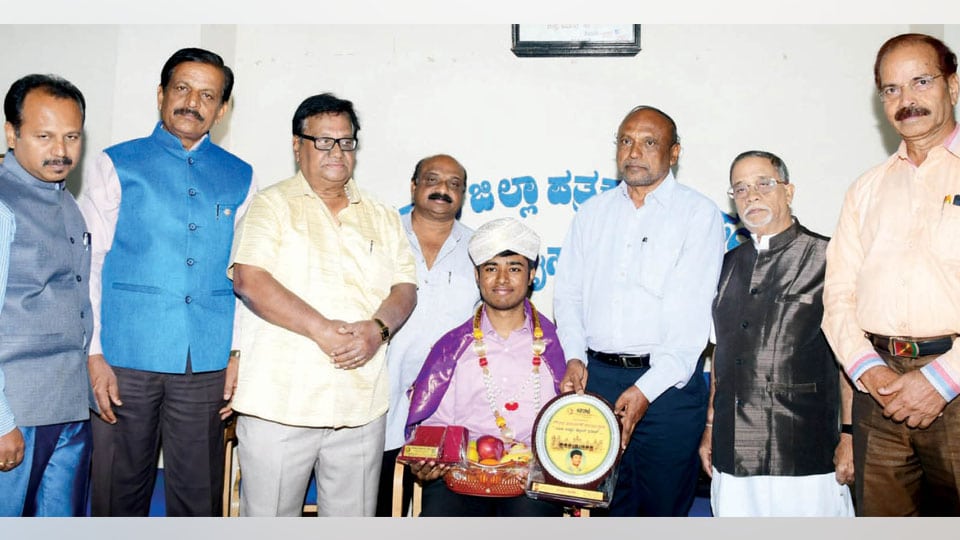 He commended the scientific skills of Pratap, hailing from a poor family who has become popular in India and abroad. He urged the State and Union Governments to provide necessary help for the young scientist.

Prof.  Kalegowda opined that honouring achievers with poor background was better than building temples and towers.

He recalled that Dr. B.R. Ambedkar, Dr. APJ Abdul Kalam and K.R. Narayanan were all from poor background.

Receiving the honour, Pratap said that he was developing a drone to assess the fertility of soil in agriculture and possible infestation by pests which would be a boon to farmers. Attributing his success to former President Dr. Kalam, he sought a simpler method to teach English to Kannada medium students and opined that the educational system needs a thorough change in the country.

N.M.Pratap
Efforts on to bring back three tribals from Pakshirajapura stuck in Mozambique
Encroachment clearance drive at Doddakere