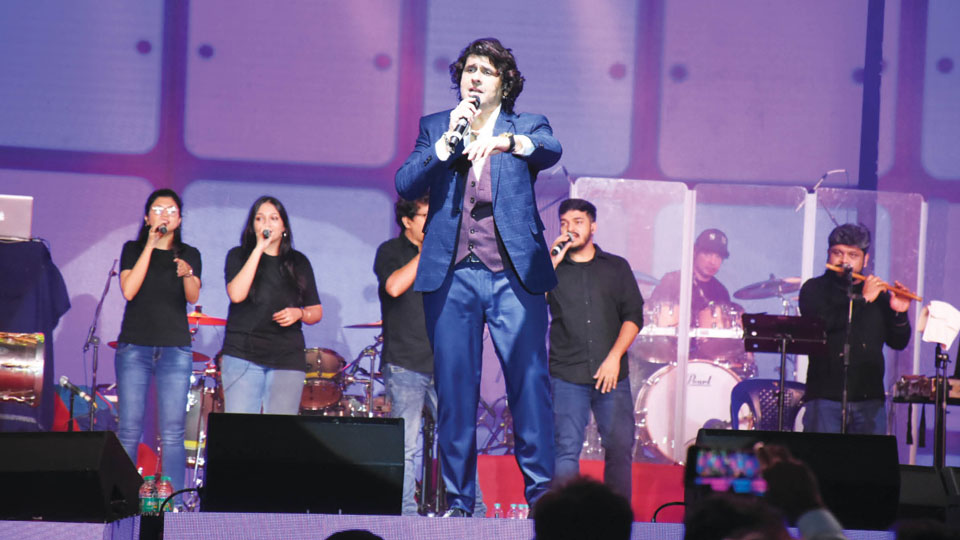 Mysore/Mysuru: The digital medium used by the Mysuru District Administration to publicise and live-stream Dasara events have brought in rich dividends and the 10-day spectacle has reached lakhs of viewers. Despite initial glitches in the website with many bloomers, the digital medium has proved to be a hit.

As tourists, mainly those coming from abroad, depend on the information presented on websites, it was decided to redesign the website to make it more informative, interactive and responsive with a lot of information about Mysuru, Dasara, history of the land and other paraphernalia. Also, live-streaming links were introduced for the digital audience to view high-quality content.

Overall, 21 lakh people have viewed Yuva Dasara programmes through Facebook and over 8 lakh viewed the cultural programmes that were live-streamed. Notably, this year, Yuva Dasara was held for six days with a delay of two days. The grand finale (Vijayadashami procession and Torchlight Parade) was viewed by over 6.5 lakh people.

There were overall 6.23 lakh visitors to the Dasara website and over 7.8 lakh people viewed the programmes through YouTube. Among the popular Yuva Dasara programmes that were viewed online were Appu Namana that had a viewership of 3.5 lakh people and Sunidhi Chauhan concert had a viewership of 3.5 lakh. The Sonu Nigam concert has proved the most popular event with 4.7 lakh online viewers.

While Assistant Director of the Department of Information and Public Relations T.K. Harish led the overall website development and live-streaming team, the technical expertise was provided by Fusionminds Technologies.

A lot of resource planning, associations for immediate requirements, server commissioning, payouts, team planning, work stations, multi-location team coordination and media-facing for live stream had to be initiated for the website and the live-streaming to work on different social media platforms.

The team, under the leadership of Yashwanth Kumar, Srishesh Aravind Prabhu and K.M. Karthik ensured that there were no breaks or buffering in the live-streaming and efforts were made to enhance the overall viewing experience of the user.

“We just had 2 mbps speed atop the Chamundi Hill and it was impossible to live telecast India’s President Droupadi Murmu’s inauguration and the events associated with it. We tied up with GNet and they provided us with a blazing fast bandwidth of 150 mbps,” Srishesh told Star of Mysore.

The team was efficiently assisted with technical support by Archik Technologies in web development, deployment, load balancing, OTT live-streaming which were crucial in reaching the end customers. “While it takes over two months for live stream server setup, we could do it in just about 2 weeks taking up to 200 percent server load gracefully,” he added.

Other teams too have contributed to the success of the website and live streaming. They include design team, content team, digital and social media and marketing team, web developers, software architects, quality and testing, project coordinators, mixing jockeys, streaming and jib operators and camera and field coverage teams.

Replying to a tweet (with above pics) sent by Nivane Kalanath Bhat yesterday that read “The prime highlight of the Mysuru Dasara is the splendid Jumboo Savari,” Prime Minister Narendra Modi tweeted: “Mysuru Dasara is spectacular. I commend the people of Mysuru for preserving their culture and heritage so beautifully. I have fond memories of my Mysuru visits, the most recent one being during 2022 Yoga Day.”