Home » News » Yuva Sambhrama to be extended by three days 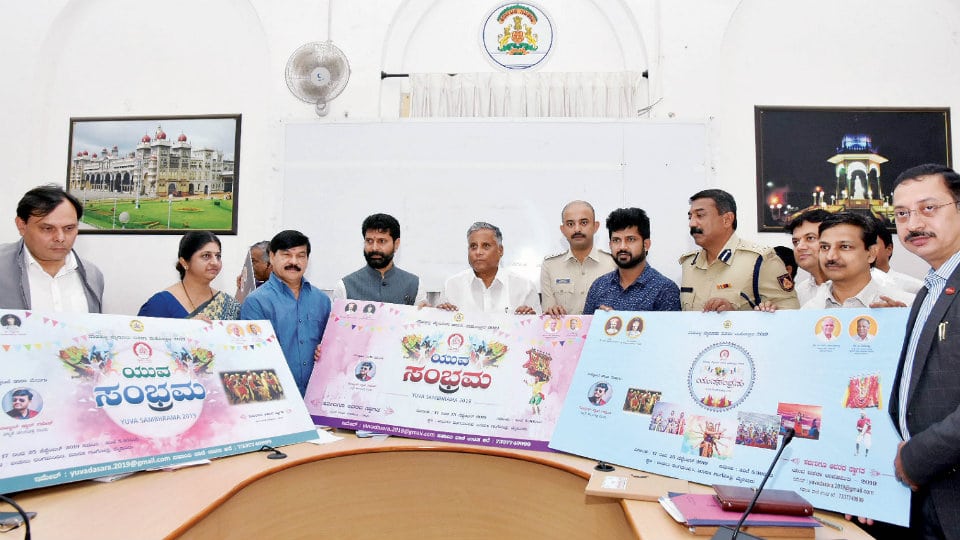 Yuva Sambhrama to be extended by three days

Mysuru:  Here is good news for college students across the State. The Dasara Yuva Sambhrama which was planned to be a nine-day event will now be held for a period of 12-days from Sept.17 to 28.

An announcement regarding this was made by Tourism Minister C.T. Ravi after releasing Yuva Sambhrama poster at the DC office, here this morning.

The Minister, who took part in the Dasara Preparation meeting, was informed by the officials that about 278 colleges had submitted applications to take part in this year’s Yuva Sambhrama programme compared to 205 received last year.

Reacting to this, Minster Ravi suggested the officials to extend the event by three days and provide opportunity to all students. “None of the students should be sent back. For them it is an opportunity to display their talent and relish the moment for years to come,” he added.

Every day about 18-20 troupes will  perform between 5.30 pm and 10.30 pm.  Emphasis will be given for short plays and mime shows. Each troupe will be allowed to have a minimum of 25 students and maximum of 50 students to perform at a single time. The officials will also invite 30 mime and theatre experts during the 12-day event to watch the students perform on stage. The best troupes selected from Yuva Sambhrama will be selected to perform at Yuva Dasara that will be held during the 10-day Dasara.

Prior to the event, the Dasara Committee will also hold a meeting with all College Principals and Cultural Co-ordinators in the State to decide on the conduction of the event. The officials also mentioned that transportation arrangement would be made to students travelling from various parts of the State.