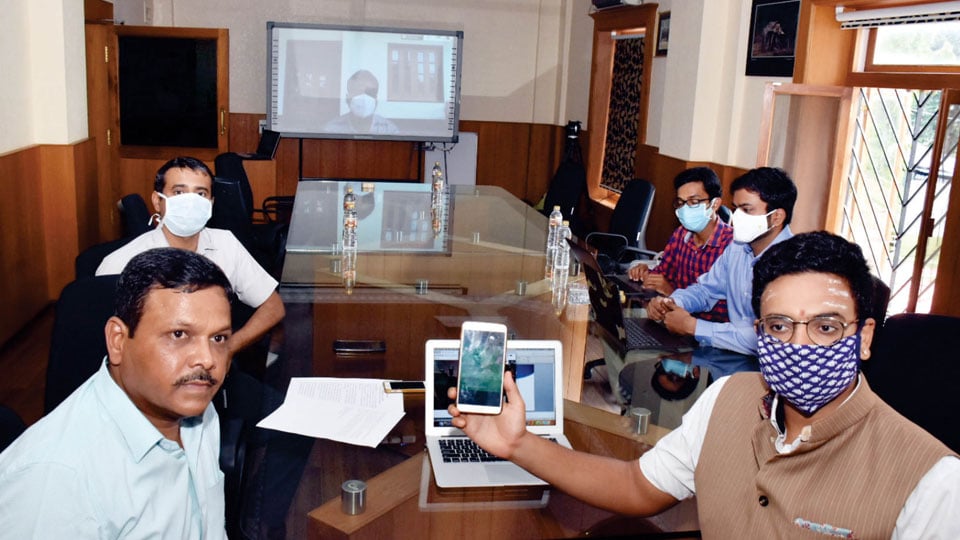 Mysore/Mysuru: The Zoo Authority of Karnataka (ZAK) has launched a mobile phone application ‘Zoos of Karnataka’, to enable people to contribute for conservation education, rescue, relief and rehabilitation of wild animals.

Forest, Environment and Ecology Minister Anand Singh, who is under home quarantine in Ballari, virtually launched the application this morning while scion of the erstwhile Mysore royal family Yaduveer Krishnadatta Chamaraja Wadiyar was present at the Zoo auditorium in Mysuru for a simultaneous launch.

The ‘Zoos of Karnataka’ app interface says, “The app helps make donations to Zoos in Karnataka and adopt animals. It helps users show support and care for wild animals by adopting their favourite animals. It also enables them to contribute towards the maintenance of the Zoos and lessen the burdens by making donations and book entrance and safari tickets hassle-free.” The app also enables one to share adoptions and donations with friends.

In a statement yesterday, B.P. Ravi said that the app would be useful in online animal adoption and donations to all nine Zoos of Karnataka, for any amount starting from Rs. 50. “Zoos are an integral part of the national conservation strategy. Since the advent of COVID-19, all institutions and organisations, including Zoos that thrived on the support of people are badly affected. People stopped visiting Zoos and as such the much-needed revenue, in the form of entry fee, has stopped.”

“The Zoos under ZAK used to attract about 65 lakh visitors annually. In 2019-2020, about Rs. 60 crore was realised from the entry fee of 62.5 lakh visitors. Due to the dip in the visitors’ numbers, during the current financial year, only about Rs. 50 lakh was realised. However, animal maintenance expenses and salaries of staff remain the same,” said Ravi.

Mysuru District In-charge Minister S.T. Somasekhar took special interest in the animal adoption scheme of Sri Chamarajendra Zoological Gardens (Mysuru Zoo) and helped to mobilise Rs. 3.5 crore from his friends, supporters and people of his Constituency, as well as from the Association of Kannada Kootas of America (AKKA). So far, ZAK has collected Rs. 4.25 crore as donations, in the current year, from all nine Zoos,” he said.

“There were queries about animal adoption and contribution on the social media. There was talk about the need for an easy mode of adoption and contribution to all Zoos of the State. People often asked, how can we be a part of the conservation efforts? Can we contribute Rs. 50 or Rs. 100? All these years, the Zoos under ZAK survived due to the support of the people. Thus, in order to facilitate the general public and animal-lovers, ‘Zoos of Karnataka’ mobile app has been developed. It is available on Google Play Store and Apple Store,” Ravi said.