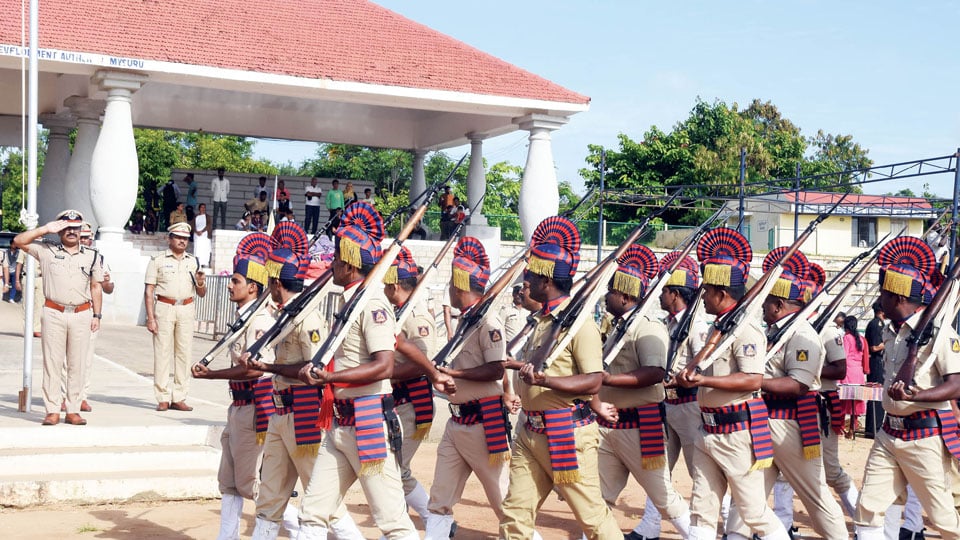 Mysore/Mysuru: Ahead of the grand 75th year Independence Day celebrations scheduled to take place on Aug.15 (Monday), the three-day parade rehearsal conducted by the Police at Bannimantap Parade Grounds, concluded this morning in the presence of City Police Commissioner Dr. Chandragupta, who received the guard of honour.