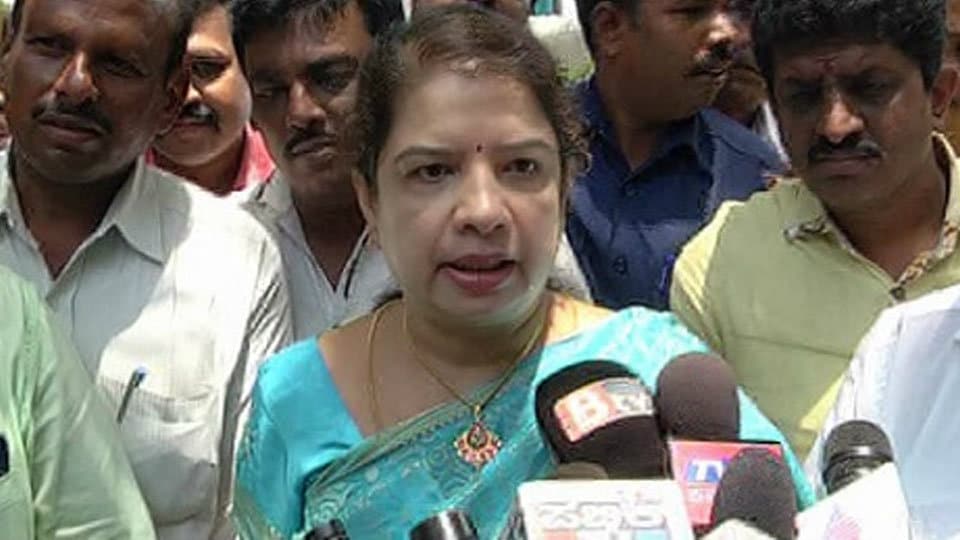 Ramanagaram: Close on the heels of Chief Minister H.D. Kumaraswamy saying he is thinking of bringing a law to control the media for portraying politicians in bad light, his wife and Ramanagaram MLA Anitha Kumaraswamy yesterday hit out at the media for what she called “negative coverage” of Kumaraswamy’s intended Grama Vastavya (village stay) programme.

“You (electronic media) only point out mistakes,” Anitha told reporters in Ramanagaram. “You have lost all credibility. You people don’t know how difficult it is for politicians to deliver. You should try contesting Gram Panchayat elections and see how much it takes to fulfil the aspirations of the people,” she charged.

Continuing her tirade, Anitha said, “Even Anna (Kumaraswamy) is upset by negative media coverage. You ask irritating questions. Why should we always speak to media,” she asked.

She said some villages where Kumaraswamy had stayed have seen development and some haven’t. “There are a lot of positives about the Grama Vastavya programme Kumaraswamy undertook in 2006-07 but they are not being highlighted,” she said.

Anitha’s visit to Ramanagaram came in the backdrop of social media posts with the caption Anithakka yellidira? (Anitha sister, where are you?). She hasn’t visited the Constituency after winning the by-polls late last year. She had contested from the segment after Kumaraswamy, who had contested and won from two Constituencies in the 2018 Assembly polls,  vacated the seat.

“I came here now as the model code of conduct was in place so far. What is wrong in that? You please stop finding fault in everything. We do work at ground level. I challenge media persons to contest in Gram Panchayat election and win. Then you will realise the difficulty. Yes. Sometimes it becomes difficult to fulfil election promises because they take time. But we try our best to fulfil most of the promises,” she said.

For a question from reporters will she follow her husband’s footsteps in Grama Vastavya at her Constituency, the MLA said that it would be difficult for women to stay in villages.

“However, I will think about this and even request the CM to hold Grama Vastavya at Ramanagaram,” she said.

2 COMMENTS ON THIS POST To “Anitha slams media: Dares journos to contest polls”