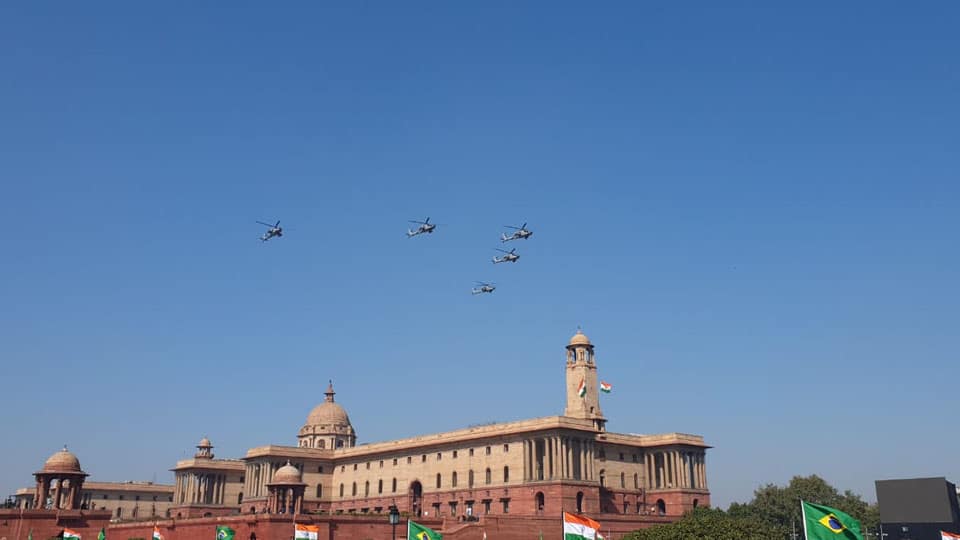 New Delhi: On 71st Republic Day, newly-inducted stealth attack helicopter ‘Apache’ and transport helicopter ‘Chinook’ will take part in the Republic Day flypast for the first time at the Republic Day Parade flypast to be held at the nation’s capital. A model of Rafale jet will be showcased as part of the Indian Air Force tableau.

The Republic Day flypast will comprise 41 aircraft of the Indian Air Force and four helicopters of the Army’s aviation arm. The aircraft types include 16 fighters, 10 transport aircraft and 19 helicopters.

The Chinook, twin-engine, tandem rotor is a multi-role, vertical-lift platform, which is used for transporting troops, artillery, equipment and fuel.

Apache is one of the world’s most advanced multi-role combat helicopters, designed to survive heavy attack and inflict massive damage. It can zero in on specific targets, day or night, even in terrible weather.