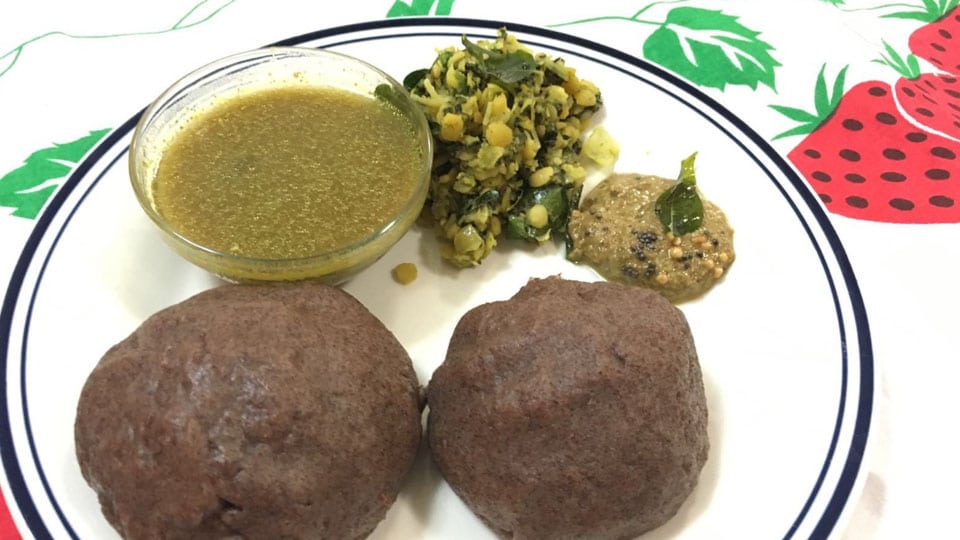 Mysore/Mysuru: Although there is no disputing the fact that consumption of ragi-based food helps in developing immunity against diseases, several food experts have suggested that it is equally important to look at other natural foods for improving body immunity.

With COVID-19 pandemic creating havoc across the globe, ragi, a staple food of Southern Karnataka, is gaining popularity among people.

Even as medical experts suggest that developing immunity to novel Coronavirus is crucial for recovery of patients infected with the disease, ragi, as a staple food, is being much sought after. However, some medical experts are of the opinion that depending on ragi alone is not enough and consumption of other natural foods, especially roots and fibres, too is vital for improving immunity levels.

G. Krishna Prasad, Founder of ‘Sahaja Samrudha,’ an organic farmers’ network in city said that it was important to consume natural foods such as roots, fibres and greens for improving immunity levels.

Noting that in the past, there was  delicacy and variety in the food habits of rural people, he said that with urban influence, the food habits have changed  and people living in rural areas, especially those belonging to the working class, have limited themselves to just rice and dal.

Pointing out that with less consumption of vegetables and fruits, the food habits have kept changing, with little importance being given for nutrient-rich food varieties of the past.

Bemoaning the increasing use of chemical fertilisers in farming, Krishna Prasad said that the use of chemicals in almost all agricultural processes such as preservation, storing, stacking and transportation has been a cause of concern.

READ ALSO  Companies, clubs, associations continue to donate for a cause

Advocating the use of roots, fibrous food and greens as a healthy diet, he said that natural foods will help in blood purification. Ruing that staple and nutrient-rich food of the past in rural areas has gone into oblivion with the advent of modern day food recipes, he said that millets make for nutrient-rich food. Regretting that we have almost stopped consumption of roots and fibres, he maintained that guava is a more nutritious fruit than apple.

He also said that other local varieties such as Coorg Orange and Bananas must come back on food tables and it is wrong to say that ragi alone is the staple food that helps in building immunity against diseases. K.C. Raghu, a food expert from Bengaluru, said that although Ragi has the power to develop immunity, having ragi alone will not be enough as it does not have all nutrients.

Stressing on the need for having a nutrient-rich diet, he said that it was not advisable to have a food habit that goes against the demands of nature. He further said that having readily digestible foods will have an adverse impact on our digestive system.

ONE COMMENT ON THIS POST To “Apart from ragi, mix of natural roots, fruits helps develop immunity”