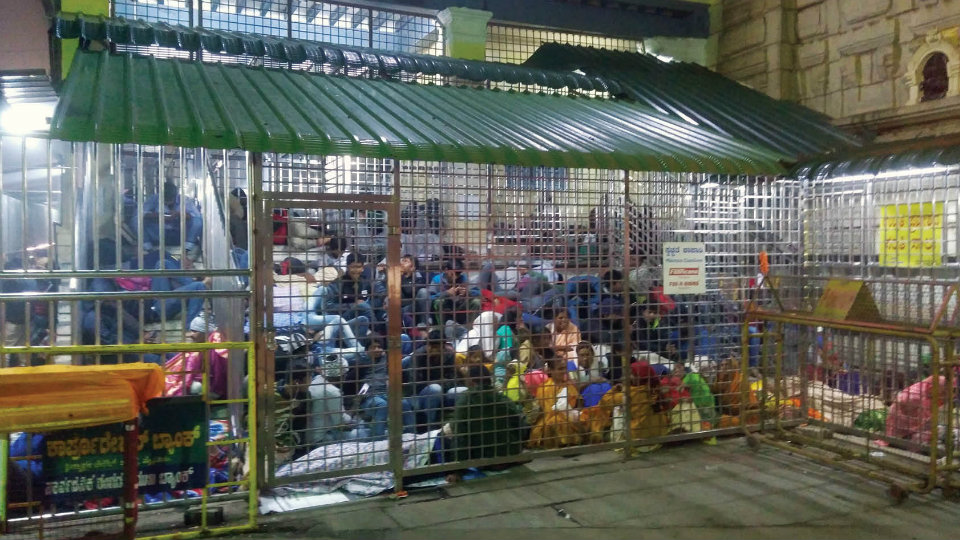 Mysuru:  With two days left for the auspicious last Ashada Shukravara (Friday) where thousands of devotees are expected to throng the Chamundeshwari Temple atop Chamundi Hill, devotees are shuddering at the thought of standing in long queues to have a darshan of the Goddess.

Last three Ashada Fridays were a bitter experience for the devotees, especially those who stood in the “Dharma Darshana” queue. Crowd management went for a toss and unruly scenes dominated the temple complex with heated arguments ensuing between the devotees and the Police with many VVIPs and the influential jumping the queues to have a direct darshan of the deity.

Usually, the first and last Ashada Fridays are considered auspicious among all the Ashada Fridays. The month of Ashada is auspicious and it is mentioned in the Skanda Purana that it should be devoted to perform special pujas for the Goddess of Power (Shakthi), especially Durga and Lakshmi, so that one’s wishes are fulfilled. Hence, devotees from across the country throng the temple on Ashada Fridays.

However, seeing the mismanagement of the crowd by the District Administration, the Police and the Chamundi Hill Temple Committee during the last three Ashada Fridays, several devotees told Star of Mysore that the administration has turned a blind eye towards corruption and injustice in the temple that Mysuru is known the world over. The ordeal of the devotees begins soon after they climb the overcrowded temple steps and it ends only after they finish the darshan. 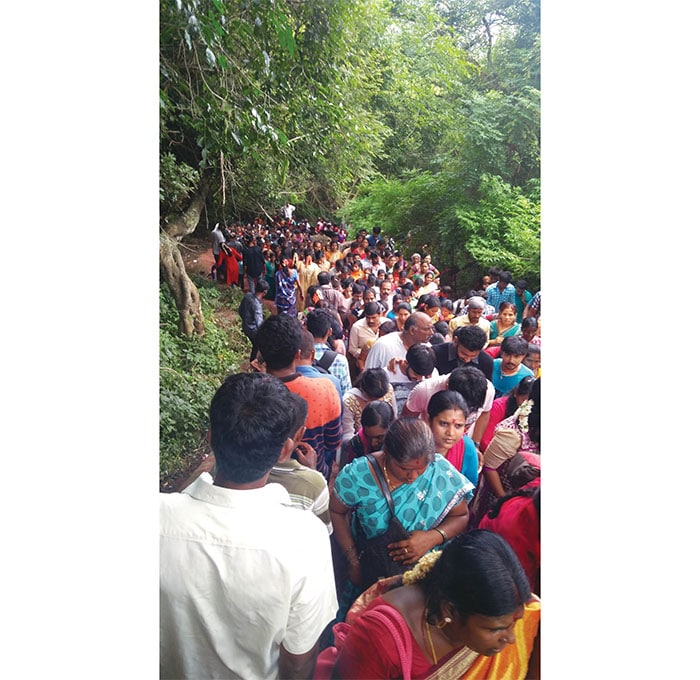 Crowded hill steps, but no Police personnel to be seen anywhere.

Kalki, a regular hill climber and an avid SOM reader, who stood in the “Dharma Darshana” (free darshan) queue, said that there was gross mismanagement of the queues and this resulted in several devotees climbing the railings on top of the queue system (barricades) and landing at the front of the line. Apart from the “Dharma Darshana”, there are special darshan queues where the devotees can pay Rs. 50 and Rs. 300 to have darshan without going through the ordeal of standing for long hours.

“Apart from the above three queues, there is another parallel system where the rich, the powerful and the influential can enter the temple through the main entrance and have darshan in no time. “These people are allowed to park their swanky cars right at the main entrance of the temple while other devotees have to park their vehicles at the Lalitha Mahal Helipad and take the free KSRTC bus service. After parking their vehicles, they royally walk into the sanctum sanctorum and there is no one to prevent them and tell them to stand in a queue,” he said.

Even physically handicapped or an elderly person or a lady with an infant have to cover a distance by walk from the docking area of bus to the temple and followed by queue but not these influential people. Devotees wait overnight (Thursday), quarantining themselves in the cages or queues, exposing themselves to elements without any sanitation facilities, another devotee said.

The Police, who are present to man the queues and those Policemen who are posted at the entrance, are busy in allowing their own friends and relatives inside by either jumping the queues or by totally skipping the mandatory queue system.

On the other hand, people who have paid Rs. 50 and Rs. 300 are made to wait patiently for hours and even subjected to many security checks. However, these parameters are not applicable to the influential and the powerful, he alleged.

“Unfortunately, Policemen act as bodyguards of the VVIPs and the powerful. Once inside the sanctum sanctorum, they take up anywhere between 20 to 30 minutes and even get a chance to perform pujas before the Goddess while this opportunity is denied to the common devotees. Common devotees are forced to humbly wait for the VVIPs to finish their pujas. They are pushed around either in the queues or while having darshan just for a couple of seconds,” said another  devotee. 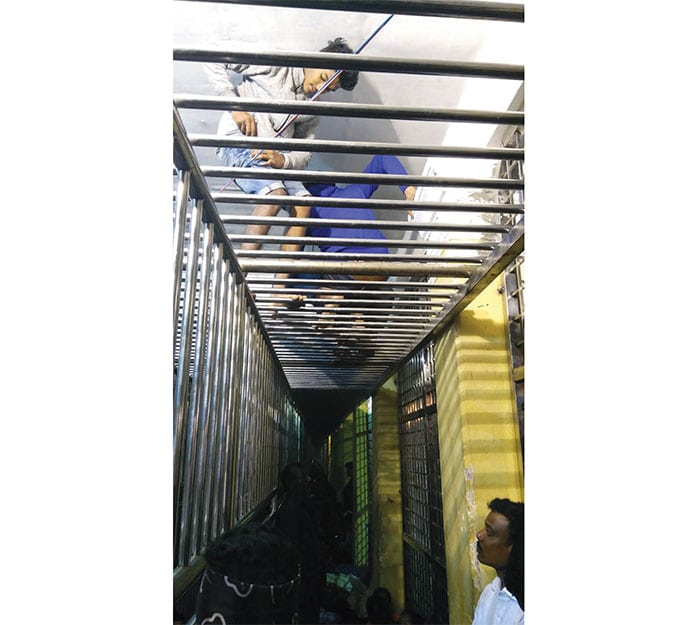 Readers have urged the authorities to depute Policemen at the back of the Temple so that such desecration of the temple is prevented.

On the last day of Ashada Shukravara (Aug. 10), over 2,000 BJP workers and volunteers will climb Chamundi Hill to pray Goddess Chamundeshwari for Prime Minister Narendra Modi to become the PM again.

Addressing a press conference in city this morning, City Yuva Morcha President Gokul Govardhan said that the Yuva Morcha activists led by BJP State General Secretary B.Y. Vijayendra will climb the 1,108 steps of Chamundi Hill and pray to the Goddess for Modi to become the PM again. He said that the hill climbing will not cause any inconvenience to the devotees.