Home » Feature Articles » Automation A boon or a bane? 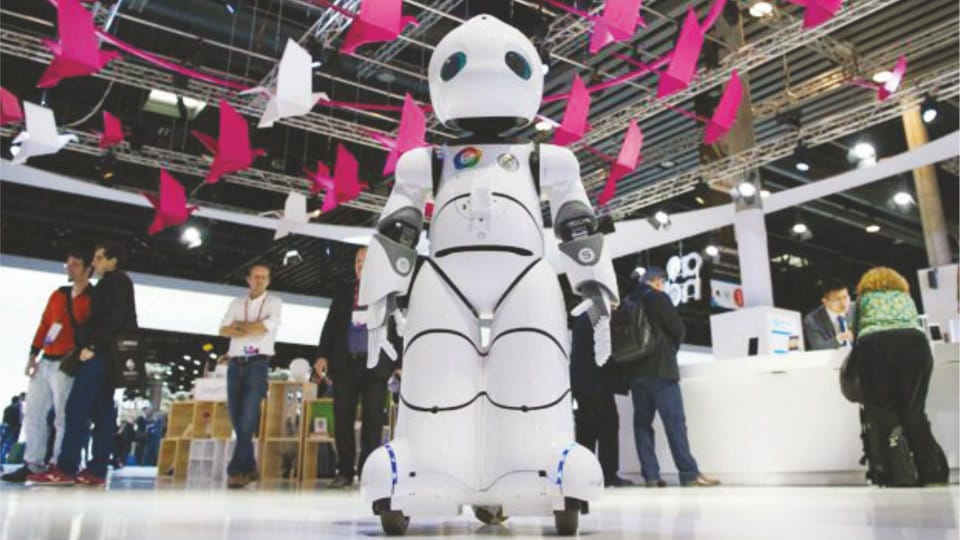 Automation A boon or a bane?

I was deeply disturbed by a recent article wherein it was said that about 1.5 million  professionals working  in the three verticals of Telecom, it and Banking  would become redundant in the coming years. Yes, you heard me right. It is not Donald Trump who is doing this but our own companies are resorting to this to reduce cost and increase profits.

Imagine, what will happen to the hundreds of engineering colleges who churn out engineers by thousands year by year?  Only the fittest of  the student group will survive and the rest will  be left high and dry.  Do not be surprised to see an engineering student applying for a post of constable or even a security guard in the coming years! Most of the companies are investing heavily in “automation” to reduce their workforce and increase profits. A recent report  has suggested that all the major IT companies are resorting to cartelisation to ensure that the entry level payment is kept low !

Have you ever wondered why is that in a country where jobs are scarce, these companies  have  an attrition level of nearly 16 to 18 percent year by year?  The reason is simple: lack of job satisfaction, poor pay or the insecurity which makes these employees  look for green pastures whenever  possible. I am a regular viewer of the business channels. Most of the times you see ceos boasting about their companies giving a return of more than 25 percent quarter by quarter! Is profit the only yardstick to judge a company’s performance ?

It is true that the companies are answerable to the shareholders who demand reasonable profits and returns but the recent trend indicates that the companies are increasing profits nowadays not by increasing their turnover but by reducing the cost of operations, layoffs, retrenchment, etc. That is the reason that in spite of all the jokes going around in  social circles regarding government services, the government jobs are still the coveted ones in our Mahaan Bharat. Even till date, the highest bid of dowry is for an IAS Officer !

So a pertinent question? Is it necessary to go in for wholesale automation in a country with  such a huge young unemployed  population or a balance maintained in such a way that both  benefit. A point to ponder.  Automation has come a long way even in our own hospitality industry. It has definitely made the tech-savvy guests happy and for others added to the confusion — remote controlled curtains, western commodes and bathroom operations… list is endless.

In the seventies, everything  from peeling of potatoes to shelling of peas was done manually. Nowadays all these are done by machines reducing the cost of manpower in the kitchens. Recently I was intrigued by an advertisement of a company which has invented a chair which automatically gets arranged in a line just with a signal of a clap ! Thank god, the hospitality industry cannot be completely automatised since it deals with humans and as such one cannot have a single solution to all the problems. Robots cannot replace cooks in the kitchen and cannot replace the greeting with a  smile  as  even today “smile” is considered the most important aspect of this  industry.

However, “online booking,” a recent phenomena has shot up considerably due to automation. Secondly automation is expensive and can be afforded only by top hotels and restaurants and not by the majority of smaller joints, the life line of the public.

As per Saurabh Mukherjee  of Ambit Capital, the combined industry of Software, Telecom and Banking have about 6 million jobs. Till date job losses were only affecting the blue-collared industry but the recent news of consolidation in the Telecom industry caused by the  tsunami of  Reliance Jio will actually mean a loss of nearly 1 million jobs  in Telecom industry alone!  The new game of consolidation, Vodafone with Idea, Bharti with Telenor, have been created with the sole purpose of warding off the competition of Jio.  No doubt it helps the customers with low prices but at what cost? Loss of jobs to thousands ?

Nearly 12 million graduates are churned out year by year. Are they employable? Hardly one tenth of them have the skill set to directly get employment.  Our education system managed by mule-headed educationists are slow to react and change their curriculum to suit the industry. The Government of India, of course, is taking lot of initiative to train the work-force but lack of coordination between the Central and State governments is also hampering this work. Politics, of course, is the bane our country. With the automation on the horizon even for software industries, heavy retrenchment will be the order of the day unless the workers themselves agree for ‘re-skilling’ to stay relevant in this present  world.

A recent report has indicated that from July to September  this  year, there has been a lay off of about 16,000 workers in bpo industry alone. Nasscom, the industry body has taken the initiative to  re-skill the employees in about 20  companies  to ensure they possess the necessary skills to be relevant.

To conclude, is it possible to stop this automation? If one wants to be relevant in this fast- paced world, one cannot stop automation.  But a balance has to be struck to ensure that men are not completely replaced by machines, even if it means a  small reduction  of  profits. The sooner the educational institutions  also  change their mindset the better it is for the  young. It is also time the Workers Unions accept the reality of the times and agree for re-skilling  offered by the managements.