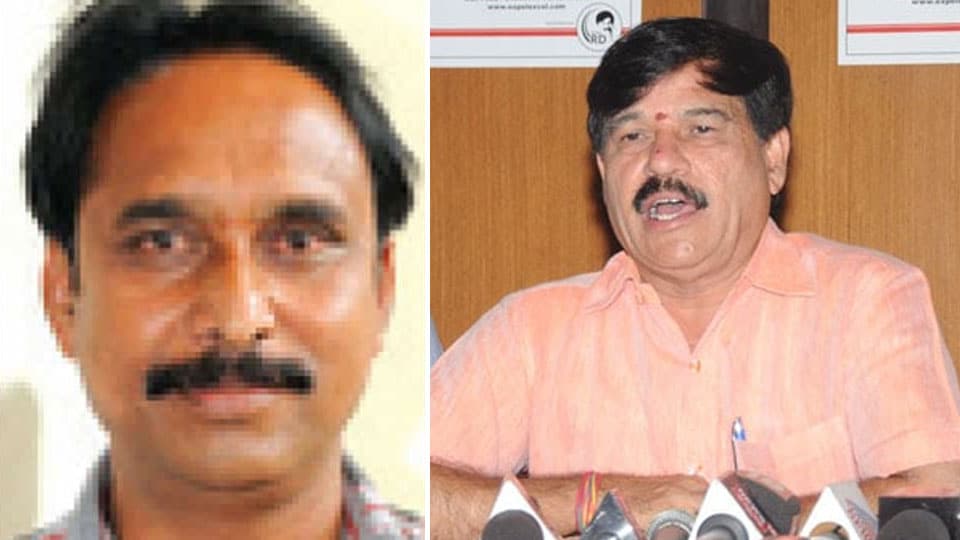 Addressing a press meet here yesterday, B.V. Manjunath alleged that former Mayor B.L. Bhyrappa had neglected the development of J.P. Nagar Ward, which he represented in the previous Council. Maintaining that most of the roads in J.P. Nagar were in poor condition, the BJP Corporator alleged that Bhyrappa was not loyal to any party as he jumped ship often.

Claiming that Bhyrappa did not visit Ramdas even once when Ramdas went on a hunger strike demanding a permanent solution for waste disposal, Manjunath warned that Bhyrappa’s irregularities will be exposed and legal action will be initiated against him.

BJP leader accuses fellow party leader of trying to end his career: Alleging that a conspiracy was afoot  to put an end to his political career, city BJP leader G.M. Panchakshari has accused party colleague and Agrahara Corporator B.V. Manjunath of trying to frame him in a property dispute. Addressing a press meet here yesterday, Panchakshari alleged that he had been jailed because of a plot hatched by Manjunath.

Maintaining that he had visited a site of his friend Manjesh Kumar in connection with a property dispute, Panchakshari said that an FIR had been registered against him at Nazarbad Police Station, though he had visited the site as a mediator between two opposing properties.

Subsequently, he was imprisoned on charges of forging property documents, Panchakshari said and alleged that Corporator Manjunath had conspired to send him to jail.