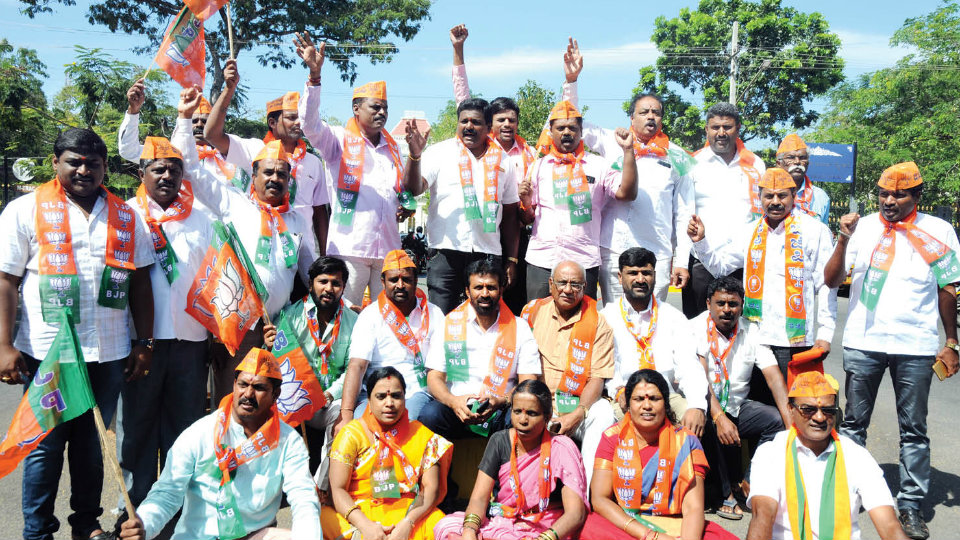 Mysuru: As part of a State-wide agitation against Tipu Jayanti celebrations planned by the State Government on Nov.10, the City and District BJP staged protests at different venues in city this morning. The City BJP staged a demonstration at Gandhi Square.

Accusing the JD(S)-Congress coalition government of celebrating Tipu Jayanti only as part of vote bank politics, the BJP workers maintained that CM H.D. Kumaraswamy’s double standards were exposed as he had opposed the same celebrations when Siddharamaiah headed the Congress government.

Accusing the BJP of politicising Tipu Jayanti, the Congress workers, while welcoming the decision of the coalition government to celebrate Tipu Jayanti, lashed out at the BJP claiming that Tipu was a valiant freedom fighter who died while fighting the British. 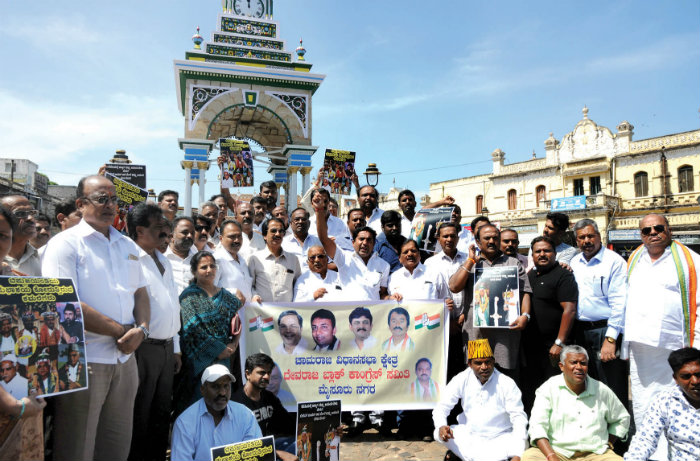 With the government all set to celebrate Tipu Jayanti tomorrow, the Mandya District Administration, as a security measure, has imposed prohibitory orders under Section 144 in politically sensitive Srirangapatna taluk of the district for two days from this morning. Srirangapatna has the tomb of Tipu Sultan. The ban orders will be in effect from 8 am today till 8 am on Nov. 11.

12 COMMENTS ON THIS POST To “BJP stir against Tipu Jayanti, Congress stages counter protest in Mysuru”