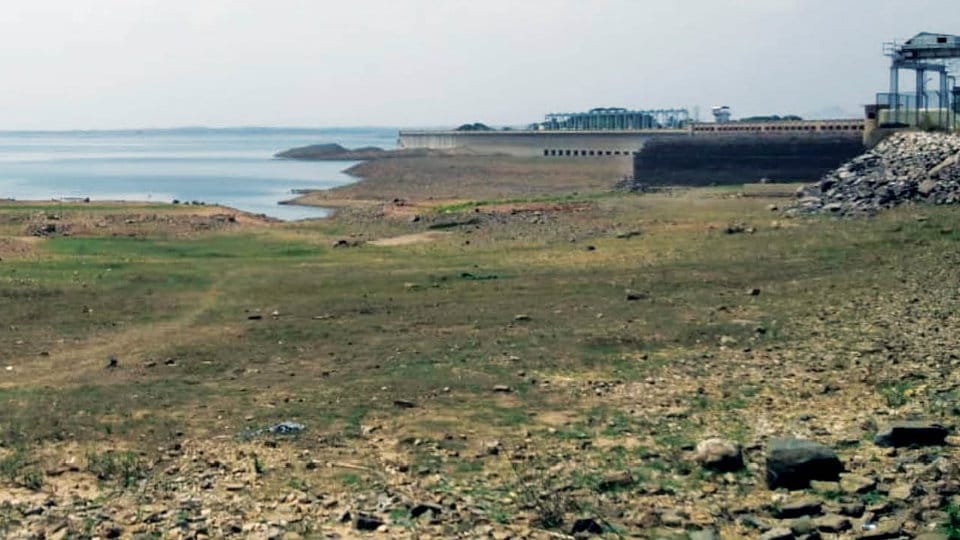 New Delhi:  The crucial Cauvery Water Management Authority (CWMA) meeting was held here this morning amid a weak monsoon aggravating the storage situation in the reservoirs in Cauvery River basin.

Tamil Nadu maintained that only 1.72 TMC ft. of water has flown from Biligundlu Reservoir to Mettur Dam, while the Authority had directed for 9.19 TMC ft.

Karnataka on its part, maintained that Rain Gods were unkind to the State and the reservoirs in the Cauvery basin were near empty.

Contending that the KRS Reservoir in Srirangapatna taluk had only 10.618 TMC ft. of water and the water level at the dam was dipping to Dead Storage level at an alarming rate with no monsoon in sight, Karnataka claimed that it was in no position to release water for cultivation even in the State, let alone releasing water to other Riparian States.

Pointing out that the four reservoirs in Cauvery basin — KRS, Harangi, Kabini and Hemavathi — cumulatively received only 1.59 TMC ft. water between June 1 and 23, Karnataka maintained that the live storage of these reservoirs put together was just 13.24 TMC ft. of water at present, while last year it was 59 TMC ft.

Asserting that it has to address the concerns of its own farmers from the Cauvery basin who are staging an indefinite stir, Karnataka maintained that in such distress situation, the State cannot release water.

Karnataka also strongly defended its Mekedatu Project, saying that the project will be executed only for drinking water purpose and that Tamil Nadu need not feel concerned.

Rejecting Tamil Nadu’s demand for its share of water, the Cauvery Water Management Authority (CWMA) in a big relief to Karnataka, said that TN can get Cauvery water only if there is an increased inflow to Cauvery basin reservoirs, which depends on the intensity of monsoon rains.

The Authority directed Karnataka to release water to Tamil Nadu only if there is good rains in the coming days, it is learnt.  The meeting was presided by CWMA Chairman Masood Ahmed. Representatives from the Riparian States of Karnataka, Tamil Nadu, Kerala and Puducherry and the Union Government attended the meeting.