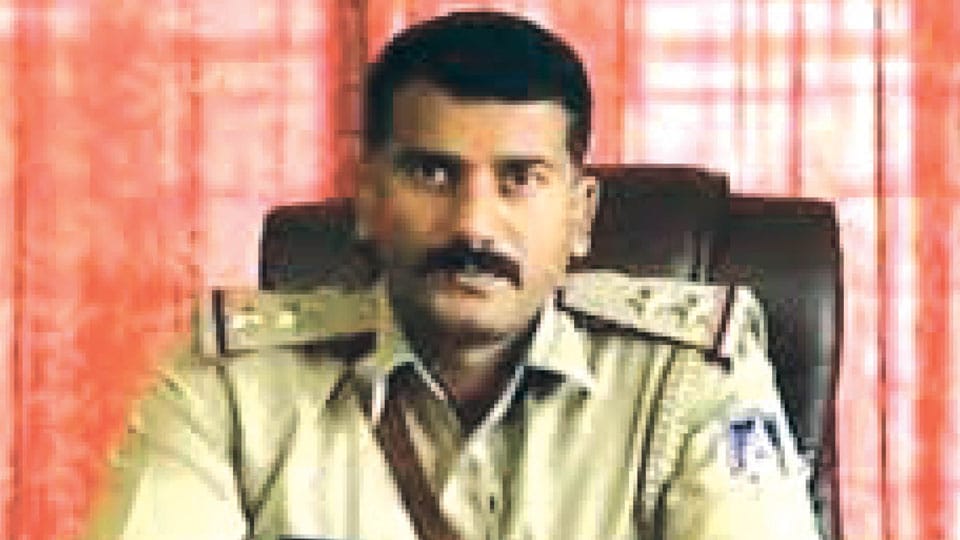 Hassan: In a tragic incident that occurred at Channarayapatna of Hassan district, a Police Sub-Inspector hanged himself after arresting the murder accused in the midst of intense political pressure and public criticism.

Police Sub-Inspector (PSI) Kiran Kumar (34) is the person who killed himself. He was working as SI in the Channarayapatna City Police Station. He committed suicide in his duty uniform at his residential quarters. The exact reason for this extreme step by the PSI is not known.

Two murders took place in Channarayapatna in the past two days. Kiran, who had arrested the alleged murderers, had also conducted spot inspection. His wife and children had been to her parents’ house for Varamahalakshmi festival. Kiran Kumar had been to his in-laws place for breakfast and returned to his quarters later.

Sources said Kiran Kumar was upset after two murder cases were reported in the last 24 hours in his jurisdictional limits. Kiran reportedly told colleagues an hour before the extreme step that he feared he would be suspended. Also, there was increased criticism in the social media about the murders where people were critical of the Police.

According to locals, the SI was upset after news of the two murders due to alleged negligence of the Police spread on social media. He killed himself before a visit by senior officials. IGP, Southern Range and Superintendent of Police (SP) Srinivasagowda were planning to visit the town and the spots where the murders took place on Friday.

READ ALSO  Five killed, over 10 injured while on their way to polling booth in Hassan

ASP Nandini and DySP have visited the residential quarters of PSI Kiran and are investigating further.

Kiran, a native of Lalanakere village in Arsikere taluk, was known for his rapport with local people. IGP Southern Range Vipul Kumar has said that no one should indulge in politics over the SI’s suicide. “We the Police are like one family. Kiran Kumar was a sincere Police officer and there is no connection between him and the two murders. The entire Police force is functioning under tremendous pressure and people must desist from spreading rumours and unfounded theories,” he appealed.