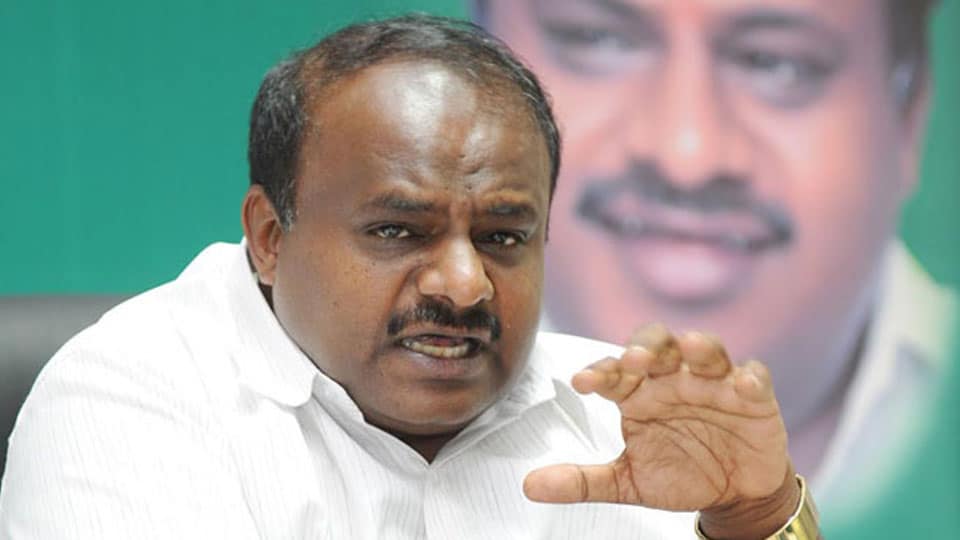 Addressing the JD(S) and BSP workers of K.R. Constituency here yesterday, Kumaraswamy said that with Siddharamaiah driving out top party leaders from the Congress, he (CM) was acting like a butcher in a meat shop.

Accusing the CM of supporting sand mafia in T. Narasipur, Kumaraswamy said  that Dy.SP Kalappa Handibag had to pay with his life for taking on sand and cricket betting mafia in Chikmagalur.

Underlining the role of Dr. C.N. Manjunath, Director of Sri Jayadeva Institute of Cardiovascular Sciences and Research, who happens to be his (HDK) brother-in-law, in the setting up of the hospital unit in Mysuru, Kumaraswamy said that the credit of setting up the hospital  in Mysuru must go to Dr. Manjunath and not Siddharamaiah.

Maintaining that he was working hard for the welfare of the people, despite his ill-health, the former CM alleged that the Congress Government had borrowed a huge loan of Rs.1.5 lakh crore and questioned the CM what all he had done with the money.

Accusing the Siddharamaiah Govt. of rampant corruption, he said that the CM had ignored Dalits in his home Constituency of Varuna. HDK displayed a letter given to him by aged Dalit man in Varuna Constituency who could not have a own house despite toiling for decades.