Home » News » City student tops in all 5 streams of CET 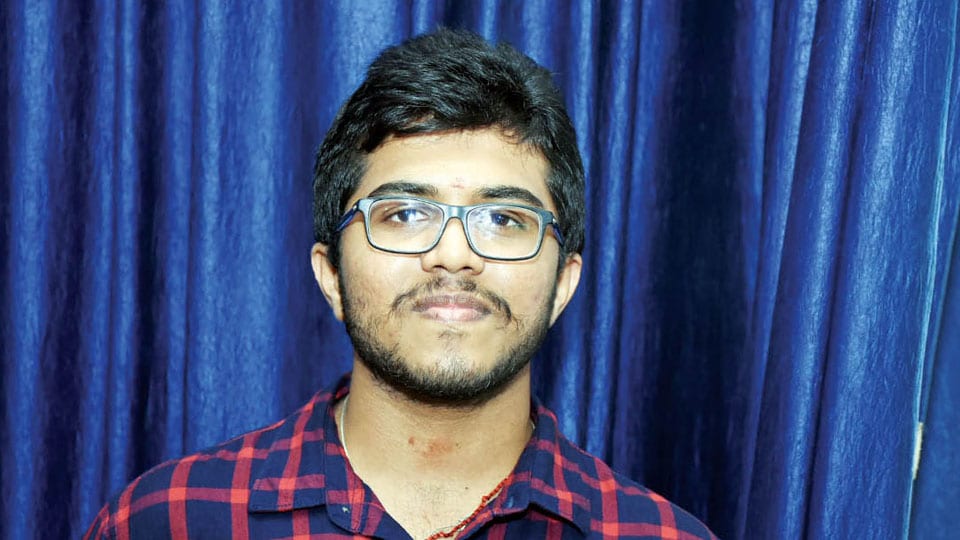 City student tops in all 5 streams of CET

Bengaluru: In a first, Mysuru boy H.K. Meghan has bagged first rank in all five streams in the Karnataka CET-2021 (Common Entrance Test) for admission to Engineering and other professional courses (barring Medical and Dental courses) in the State.

The CET is a gateway to professional courses such as Engineering, Agriculture and Horticulture, Yoga and Naturopathy, Veterinary Science and Pharmacy.

Meghan, a CBSE student of  Pramati Hillview Academy, Kuvempunagar in Mysuru, secured first rank in all the five streams, thus creating  a record of sorts.

Pointing out that H.K. Meghan, a student  of Mysuru, has come first in all the five streams, which is a record, the Minister said that he was complimenting him for his outstanding achievement.

Noting that three grace marks were awarded to all students in Maths and Physics, he reiterated that this is for the first time that a single student (Meghan) has bagged first rank in all the five streams in the CET.

The Minister further said 1.83 lakh students have been assigned ranks for Engineering courses, 1.52 lakh for Agriculture, 1.52 lakh for Veterinary Science, 1.55 lakh for Yoga and Naturopathy and 1.86 lakh for B. Pharma and D. Pharma Courses. Out of the top 10 ranks in Engineering, all, except the first rank holder, who is from Mysuru, are from Bengaluru, he added.

Declaring that document verification would begin from Sept. 30, he said that students are required to get their documents verified at the designated centres. The ranks of around 7,000 students were not released because they had not submitted the required documents or due to technical reasons, he said and added that such students can send the documents to Karnataka Examination Authority (KEA) either directly or through e-mail: [email protected]

Dr. Ashwathnarayan  clarified that no cut-off marks have been set for those seeking admission to Engineering courses, though the Higher Education Department had thought of introducing it as an eligibility criteria for students as they had not written the II PU exam this year due to COVID-19 pandemic.

Speaking to reporters at Mysuru on Monday after the announcement of CET results, Meghan, who has made Mysuru too proud through his extraordinary  achievement, said he believed in a systematic schedule.

Maintaining that he strived hard to meet his daily and weekly goals through a rigorous study, he described his preparation for IIPU exam and CET as a marathon. Discipline and dedication played a very crucial role in his preparations for the exam as classes moved to online mode this year.

It may be mentioned here that Meghan had also secured first rank in Karnataka in National Talent Search Examination (NTSE) State-level, 2018-19.

Speaking after being felicitated, Meghan attributed his achievement to the support extended by his parents. Pointing out that two-and-a-half years of continuous efforts have paid off now, he said that he was thankful to his teachers at Pramati.