Home » News » Co-operative Institutions are the backbone of our economy: MLA 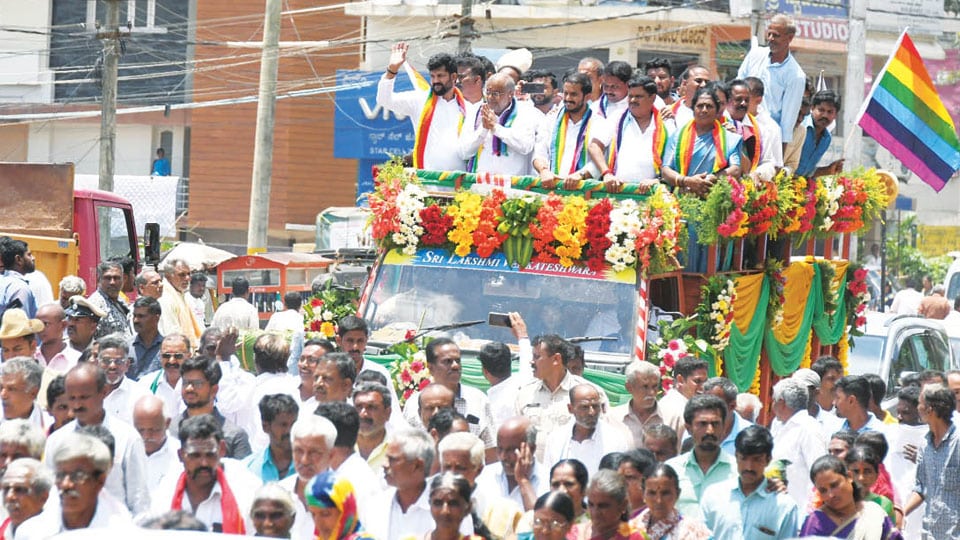 Co-operative Institutions are the backbone of our economy: MLA

Hunsur: Maintaining that Co-operative Institutions are the backbone of the country’s economy, Chamundeshwari MLA G.T. Devegowda (GTD), who is also the Chairman of Karnataka State Co-operative Federation Limited (KSCFL), said that there are more than 30 crore members in over 8.5 lakh Co-op. institutions and Societies across the country, which itself speaks about the volume and significance of the Co-op. sector.

Welcoming the formation of the Union Ministry of Co-operation with Home Minister Amit Shah heading it, GTD said that Karnataka stands in second place after Gujarat in milk production in the country.

Stating that Co-operative Institutions in the country are collectively lending about Rs. 15 lakh crore for economic empowerment of the targeted beneficiaries and other sections of the population, he said that Hunsur has now got its 200th Milk Producer Society, that has 17,588 members with an annual business turnover of Rs. 14 crore.

MP Pratap Simha, in his address, said that he was seeing such a huge crowd for the second time after Hanuma Jayanthi celebrations. He credited GTD and his son G.D. Harish Gowda for the enormous success of the Co-operative sector in the taluk.

The procession, in which thousands of Co-operators, Members of Milk Societies and members of Women Self-Help Groups (SHGs) took part, was accompanied by a host of cultural and folk troupes. Hunsur MLA H.P. Manjunath and others were present.