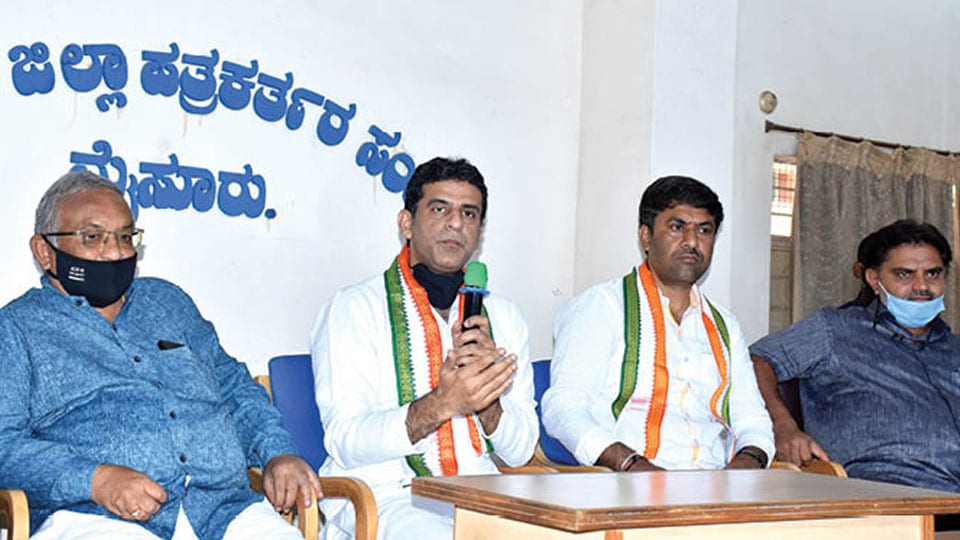 Mysore/Mysuru: “Corona situation has become a money making festival for the State Government; This is not just a mere allegation, Congress party has relevant documents to prove it,” said Shivajinagar (Bengaluru) MLA Rizwan Arshad of Congress.

Addressing a press conference at Pathrakartara Bhavan here yesterday, he accused the State BJP Government of not taking necessary steps to control the spread of the virus in Mysuru though Mysuru city has two BJP MLAs, a BJP MP and BJP Government both in the State and Centre.

Continuing, Rizwan said that more than 450 people had died of COVID-19 in the district, according to official announcement and alleged that many COVID deaths have not been announced at all.

He further said that many people unable to go to hospitals have died and added that even in such emergency situation, the State Government is involved in transfer business for which the recent transfer of Mysuru Deputy Commissioner (DC) is an example.

Speaking about Dasara celebrations, Rizwan opined that Dasara should be celebrated symbolically and traditionally, keeping in mind the outbreak of COVID-19.