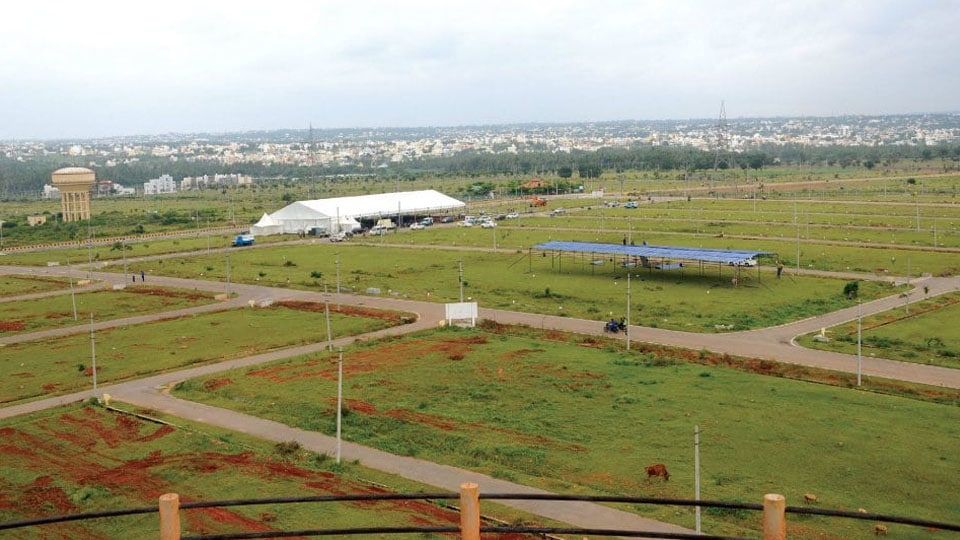 Mysuru: Real Estate in Mysuru Region is yet to recover from demonetisation.

According to District Registrar, number of properties, including houses, sites and land registered in the district is below two lakh.

The Real Estate market has remained sluggish in the last 24 months and reaching target of Rs.400 crore may not be possible to achieve this year.

Real Estate players pointed out that black money was driving the property transactions. A large number of sellers do not disclose the entire proceeds they had collected from the buyer to avoid paying capital tax. Post-demonetisation, the sources of black money dried up, bringing down the number of purchasers.

Despite the number of purchasers coming down, rates of properties have remained intact. “Rates have not come down as few owners are willing to sell it for less,” said Deed Writer Kumar, who has been in the business since last two decades.

However, ready-to-occupy houses and apartments escaped the brunt of demonetisation effect as they were mainly purchased by end-users through legal channels and hence were tax compliant. But it was the sale and registration of land that was affected and two years on, it is yet to regain the pre-Demonetisation stream.

“In terms of number of properties registered and sale deeds, Mysuru is witnessing a slow revival but is yet to catch up with the pre-demonetisation levels,” said a senior official in the Mysuru South Sub-Registrar’s Office. Revenue generation through registration of properties has remained stagnant and there was no year-on-year growth.

A leading builder said, the immediate impact of demonetisation was a sharp fall in the number of Real Estate registrations but after two years it was now witnessing a steady recovery though it was yet to attain the earlier levels. But the exercise definitely did not cut property rates.

The exercise has helped partially reduce black money component in cash transactions but has not completely eliminated it, according to N. Subramanya of Builders Association of India (BAI).

Real Estate prices were expected to crash after demonetisation but the potential sellers held on to their properties unless it was a distress sale and the property rates remain more or less at the pre-demonetisation levels, he added.