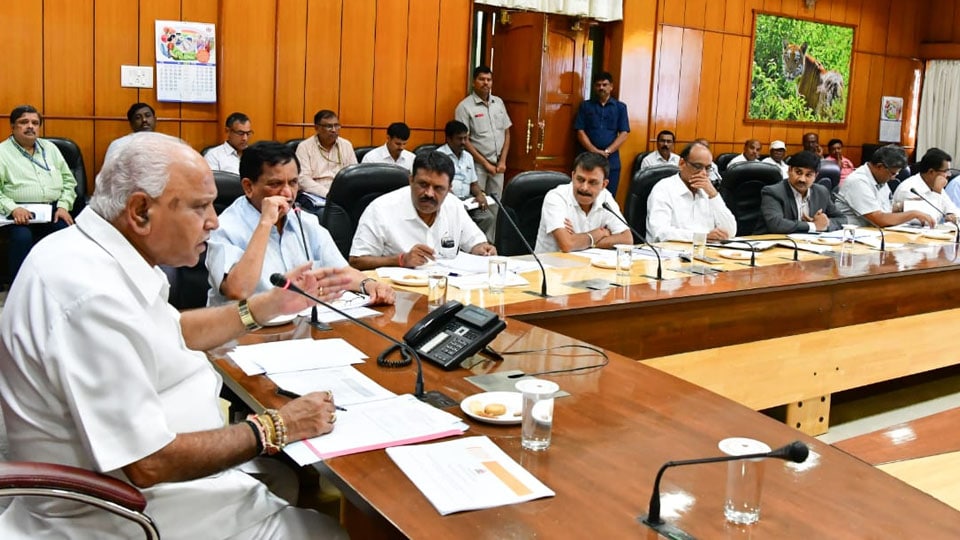 Bengaluru: A day after proving its majority in the House, the B.S. Yediyurappa-led BJP Government yesterday called off Tipu Jayanti.

The Birth Anniversary of Tipu Sultan, the 18th century king from Mysuru, was made a Government-sponsored annual affair in 2015 by the Congress Government.

In an order, the Department of Kannada and Culture stated that the Hazrath Tipu Sultan Jayanti has been cancelled “with immediate effect.” The decision was taken at the Cabinet meeting on Monday, according to the order. The Congress has opposed the decision and called it a mark of the BJP’s “anti-minority” stance.

The BJP and Sangh Parivar affiliates had been opposing the decision on celebrating Tipu Jayanti ever since the Congress Government, headed by Siddharamaiah, took a decision to celebrate it, alleging that the Mysuru ruler was a “tyrant” and “anti-Hindu.” There were also violent protests in Kodagu and one person had died.

On Monday, senior BJP leader and former Speaker K.G. Bopaiah wrote to the Chief Minister seeking cancellation of Tipu Jayanti. “There have been several protests in various parts of the State against the celebration of Tipu Jayanti, especially in the district of Kodagu. The people of the district are opposed to the celebrations,” he had said in the letter. The Government Order is based on Bopaiah’s letter.

In 2018, after the Coalition JD(S)-Congress Government was formed, the fourth edition of the Jayanti was held amidst tight security in Srirangapatna, the erstwhile capital of the Mysore region where Tipu ruled.

However, the then Chief Minister H.D. Kumaraswamy and Deputy Chief Minister Dr. G. Parameshwara had stayed away from the official event. The JD(S) had questioned the rationale behind the Congress marking Tipu Jayanti the previous year, in 2017, in the midst of drought.

Former Chief Minister Siddharamaiah has condemned the scrapping of celebrations terming it as a mark of the BJP’s “anti-minority” ideology. “It’s myopic to see Tipu as a minority icon alone. He fought the British and contributed immensely to the development of the Mysuru region. For three years, we celebrated it and the people of Karnataka accepted it. To me, he is the first freedom fighter,” Siddharamaiah said in Bengaluru.

“The foundation to KRS Dam was laid during Tipu’s time and he also worked for the development of industries, agriculture and trade. That is why we started the official celebrations,” he said.

Former Ministers Tanveer Sait and B.Z. Zameer Ahmed Khan said the celebrations would continue without Government support. Khan said: “Although it was expected that the BJP Government would scrap the celebrations, we had not realised that they would do it in such haste. We will continue celebrating Tipu Jayanti till our last breath.”

Tanveer Sait said, “Definitely, we will continue with the celebrations as we have been doing for many years.” He said it was an honour that the State Government celebrated Tipu Jayanti for the last four years.