The midnight of June 30 – July 1, 2017 was historic for India that is Bharat as the political parties, except for one or two, came together to witnesses the launch of Goods and Services Tax (GST) at the magnificent Central Hall of the Parliament. This Weekend Star Supplement brings to you the basic information on GST and most importantly, its effect on common man.

Goods and Services Tax (GST), considered to be a historic tax reform, has come into effect from today (July 1). GST is expected to completely transform the Indirect Taxation landscape in the country involving both the Central and State levies. In a departure from the normal practice, GST will be administered together by the Centre and States. 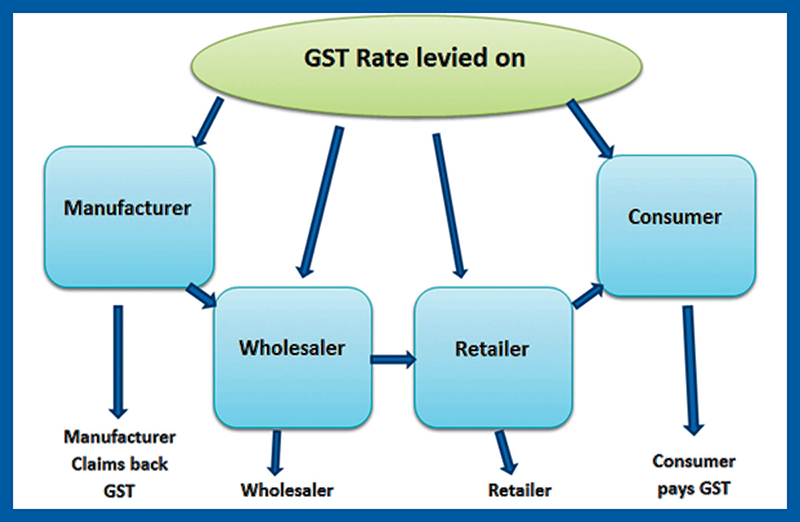 Why is GST so important?

GST will pave the way for realisation of the goal of One Nation – One Tax – One Market. GST will benefit all the stakeholders namely industry, government and consumer. It will lower the cost of goods and services, give a boost to the economy and make the products and services globally competitive, giving a major boost to ‘Make in India’ initiative.

Under the GST regime, exports will be zero-rated in entirety unlike the present system where refund of some of the taxes does not take place due to fragmented nature of indirect taxes between the Centre and the States. GST will make India a common market with common tax rates and procedures and remove economic barriers. GST is largely technology driven and will reduce the human interface to a great extent. GST is expected to improve ease of doing business in India.

The threshold limit for exemption from levy of GST is Rs. 20 lakh for the States except for the Special Category, where it is Rs. 10 Lakh.

A cess would be levied on certain goods such as luxury cars, aerated drinks, pan masala and tobacco products, over and above the GST rate of 28% for payment of compensation to the states.

The threshold for availing the Composition scheme is Rs. 75 lakh except for special category States where it is Rs. 50 lakh and they are required to file quarterly returns only. Certain categories of manufacturers, service providers (except restaurants) are out of the Composition Scheme.

GST envisages all transactions and processes to be done only through electronic mode, to achieve non-intrusive administration.  This will minimise tax payers physical interaction with the tax officials.

GST provides for the facility of auto-populated monthly returns and annual return.

It also facilitates the taxpayers by prescribing grant of refund within 60 days, and provisional release of 90% refund to exporters within 7 days. Further facilitation measures include interest payment if refund is not sanctioned in time, and refund to be directly credited to bank accounts.

Other provisions include system of GST Compliance Rating, etc. 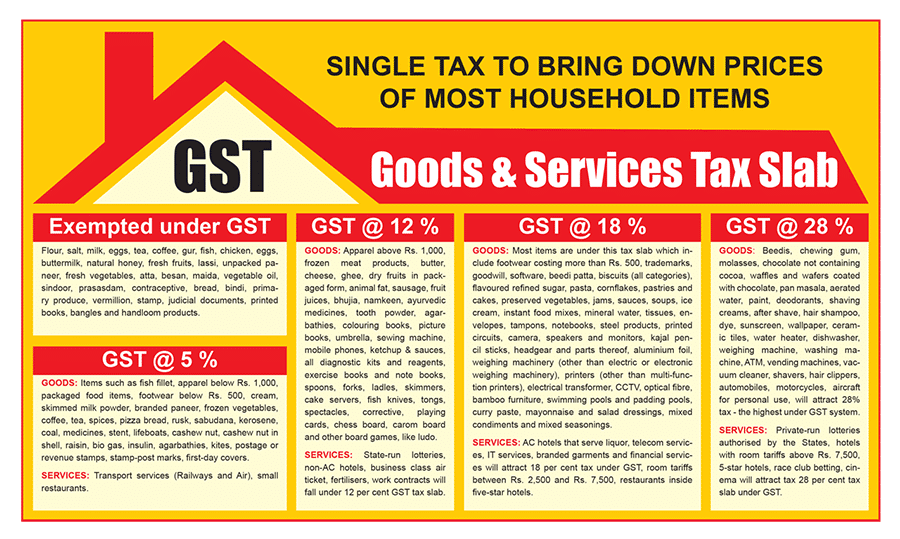 The GST to be levied by the Centre on intra-State supply of goods and/or services is Central GST (CGST) and that by the States is State GST (SGST).

On inter-state supply of goods and services, Integrated GST (IGST) will be collected by Centre. IGST will also apply on imports.

GST is a consumption-based tax, that is, the tax should be received by the State in which the goods or services are consumed and not by the State in which such goods are manufactured. IGST is designed to ensure seamless flow of input tax credit from one State to another. One state has to deal only with the Central Government to settle the tax amounts and not with every other State, thus making the process easier.

Example: A dealer in Karnataka sells goods to the consumer in within the State worth Rs. 10,000.