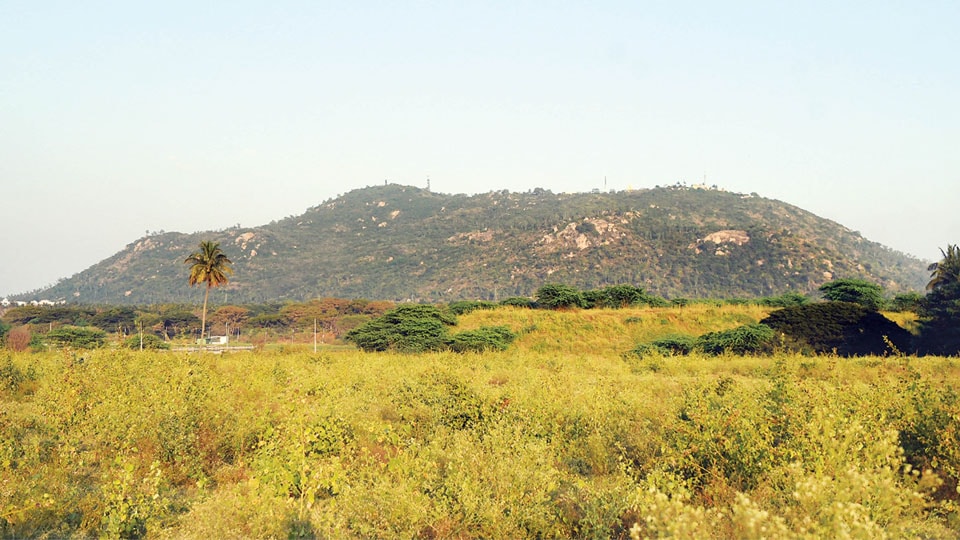 Has Mysuru gone Bengaluru way?—5: Mysuru, a name that resonates

What is in a name? When one thinks of the above adage, one is immediately reminded of the great English wordsmith William Shakespeare and his romantic Romeo and Juliet; and its oft quoted dialogue, “What is in a name? That which we call a rose by any other name would  smell as sweet.”

However, one will understand this better when one meets with a Mysurean, who gloats over his beloved Mysuru (though mostly about its past); or meets with any visitor to Mysuru who fell in instant love with Mysuru; or meets with those who preferred to migrate to Mysuru from different parts of the country, in some cases even from the different parts of the world; or finds out as to why Mysuru is consecutively on the New York Times list of world’s Most-Must-Visit-Place for one reason or the other. It is this magnetic DNA of Mysuru which makes its name unique.

It is said that a city’s DNA is its identity: a unique, inherited collection of its assets, its history, its traits and its culture that distinguishes it internally and externally, and has the potential to unite people and place. Everything about Mysuru has a magnetic power that gives its distinctive DNA. Its location is extraordinary. Its history is legendary. Its rulers, Wadiyars, were great idealists and dedicated architects. They were the ‘Vishwakarma’ who planned this city with love, tender care and so very meticulously.

This city has been a centre of education to millions. Its Yoga is the source of hope for the body and soul of citizens of the world. Music, dance and drama vibrate in every pulse of this city. Its people are highly cultured. The fragrance of sandalwood is associated with Mysuru. This city is a preferred location for the film-makers of the world.

This city has been the karma-bhoomi for engineers of great eminence such as  Sir M. Vishweswaraiah; several Jnanpith Awardees  like K.V. Puttappa  (Kuvempu) and U.R. Ananthamurthy; writers like R.K. Narayan, Aa.Na.Kru., Ta.Ra.Su., Triveni; Cartoonists like R.K. Laxman; photographers  like T.S. Satyan; poet-lyricists like  Narasimha Swamy; businessmen of international eminence like N.R. Narayana Murthy and National and State-level politicians, educationists, academicians, musicians, dancers, donors, sports persons and the list can go on and on.

Mysuru is a name with superlative epitaphs. It is called a City of Palaces; a  Royal City; a Planned City; a Cultural City; Educational City; a Yoga City; a Sandalwood City; a City of Gardens, Fountains and Arch Gates; a Tourists’ Paradise and so on and so forth.

Books such as Splendours of Royal Mysore: The Untold Story of the Wodeyars by Vikram Sampath (2008); Mysuru Memories (2015) and Colonial Landmarks in Mysore (2020) by Gouri Satya and of course, the voluminous Gazetteer of Mysore by Lewis Rice narrate the spectacular story of Mysuru. And therefore, there is lot in the name of Mysuru. This is a name that resonates.

Mysuru is located at the foot, rather in the green valley of Chamundi Hill. This city has a great symbiotic relationship with its Chamundi Hill. With its very curvaceous yet not very high, nor very low peaks as a beautiful background, the Chamundi Hill looks like a tiara of the city! Spanning a distance of more than 10 avian miles around the city, this tiara acts like a beacon for the Mysureans and the visitors of Mysuru, as if beckoning them to reach the city as soon as possible!  It generates a sense of great relief and  happiness that journey is coming to an end and will reach home soon.

Chamundi Hill has the power to convert an atheist! It makes even an atheist visit it, at least to have an aerial view of this city, if not the temple! And that view makes every visitor to feel the heavenly pleasure, which otherwise only an airplane traveller can have.

Cauvery and Kapila, the two rivers flowing not far away on either side of the city, are a great source of Mysuru’s life energy. Lakes, some within the city and many not far away and thedistant hills provide the city with its salubrious climate. The flora-fauna rich forests at its borders enhance city’s environmental richness.

Wadiyars developed several satellite townships around the city like Bannur, Chamarajanagar, Hunsur and  K.R. Nagar which worked as demographic shock-absorbers for their capital city and  at the same time provided the city with economic support in the form of agro and dairy produce. This city is also surrounded by historic and religious places such as Nanjangud, Srirangapatna, T. Narasipur and Somanathapur apart from the Chamundi Hill at the centre of the city.

It is a location extraordinaire indeed. How many cities in the country, or even the world can boast of such a beautiful location?

Ancient History and the Legend

The history of the city is claimed to date back to 862 AD to a copper plate inscription. But it is during the 11th and 12th centuries that a reference is found to ‘MAISURNAD’ which later took the anglicised form of ‘Mysore’. In the vernacular parlance, it was, and it is now, ‘Mysuru’.

There are several stories behind the city’s name. One among them is that ‘Mysore’ is said to have been derived from the legend of Mahishasura Mardhini. It is believed the Wadiyars of Mysore who adopted Chamundeshwari as their family Goddess, named their capital city as Mysuru. Chamundeshwari Temple and the giant statue of Mahishasura atop the Chamundi Hill seem to stand testimony to this legend.

Further, Mysuru Dasara, the auspicious ten-day celebrations of the Navaratri, has its own world prominence. Apart from confirmation of the belief of Wadiyars in the above legend, it is the pomp and pageantry of Dasara procession which gives Mysuru its another unique identity. The pre-independence glory of this Dasara, which was the culmination of religious and economic activities of the erstwhile State, was brand ambassador of the city.

Wadiyars bestowed high degree of personal involvement in developing Mysuru into a most modern and a beautiful capital city. Atop most of the high points in and around the city, they built beautiful Palaces. However, the magnificent Mysore Palace was at the centre of all their developmental efforts. Its architectural style is Indo-Saracenic Revival architecture. The Palace is built by creating a fusion of Gothic, Hindu, Muslim and Rajput styles of architecture. Its heavenly Durbar Hall is an artist’s dream world. At the entrance, an arched gateway welcomes the visitor. Its large courtyard has lawns and open expanse giving this Palace an elegant facade. Chamundi Hill provides a beautiful frontal visage to the Palace.

In 1989, Los Angeles travel writers, Beyer and Rabey, had said about this Palace thus: “Some say it was inspired by Buckingham Palace, but the intricacies of its Hindu-Muslim detail far surpass the relative simplicity of Queen Elizabeth’s London home.” As per the New York Times 2011 list, this is the Palace that got the second highest number of visitors in the world, only after the Vatican, consecutively for two years. When illuminated this Palace creates an illusion of a dreamland scenario. Particularly when one views it from the high point of the Chamundi Hill.

They also built twin beautiful Palaces in Chamundi Vihar Palace and Karanji Mansion with vast open fields, located side by side divided by a small road; then the Chittaranjan Palace [now housing the Government Education College], the Summer Palace, Lalitha Mahal Palace [at present a star hotel], Jayalakshmi Vilas Palace [now with the University of Mysore and at the centre of Manasagangothri Post Graduate campus], Cheluvamba Mansion [now housing the Central Food Technological Research Institute], Jagan Mohan Palace [the present Palace Museum], and the Rajendra Vilas Palace, which looks like a diamond in the tiara of Chamundi Hill. Each one of these Palaces is an architectural marvel. No surprise that this city is called a City of Palaces!

Has Mysuru gone Bengaluru way Mysuru R. Chandra Prakash
Why no rush for booster dose vaccination?
Long March of a Malayali Boy From Darkness to Light —1

4 COMMENTS ON THIS POST To “Has Mysuru gone Bengaluru way?—5: Mysuru, a name that resonates”