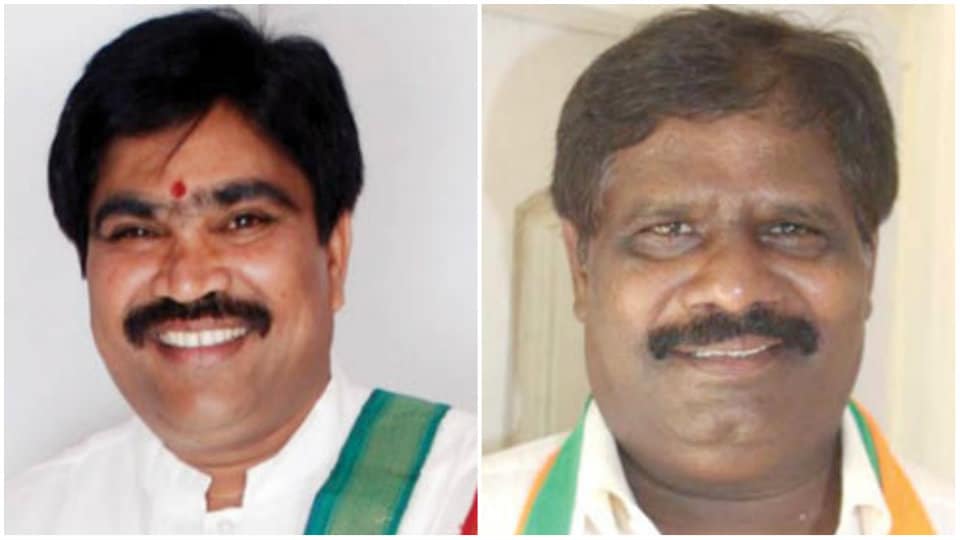 Bengaluru: The much-awaited expansion of the State Cabinet of the JD(S)-Congress coalition Government, took place with the induction of two Ministers at a simple ceremony at Raj Bhavan in the State Capital this afternoon.

Governor Vajubhai Vala administered the oath to both, who swore in the name of God.

This is the second stint as Minister for Shankar as he had previously served in the coalition Government as Forest Minister, before being dropped from the Cabinet about six months ago.

Both are first time MLAs, who have extended their support to the ruling coalition Government.

It is learnt that the two were inducted under the Congress quota of Ministerial berths in the coalition Government.

Meanwhile, Chief Minister H.D. Kumaraswamy (HDK) has retained one Cabinet berth unfilled, as there are many aspirants in both the Congress and JD(S) camps. The JD(S) has decided to keep the vacant berth which is its quota for now as filling up would lead to more dissensions in the already fragile coalition.

The Cabinet expansion exercise had become a headache for CM Kumaraswamy as there are many aspirants in both the parties.

Rumblings within the coalition Government became bigger after both the parties, who contested the LS polls jointly, received a severe drubbing at the hustings, with the BJP winning 25 out of the 28 seats in the State.