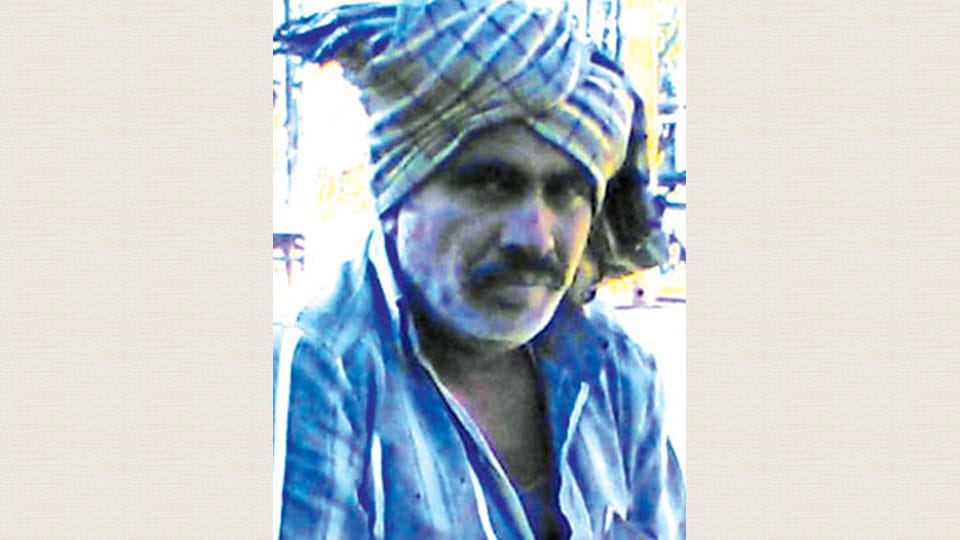 Mysore/Mysuru: Most people riding motorbikes today have heard it again and again: Riding a two-wheeler without a helmet is ridiculously dangerous. Bike accidents without helmets are far more likely to result in death or brain trauma than ones where the motorcyclist’s head is properly protected. As per traffic data, in India, every hour, five two-wheeler users who died in a road accident did not wear a helmet.

Three persons were killed in separate accidents in city and one more person sustained serious injuries. And all of them were not wearing helmets and if they would have, their lives could have been saved. In the accident that occurred at 8.15 am today, 50-year-old Narayanappa was killed on the spot when a software company bus ran over him at Akashvani Circle.

Helmet on bike’s handle: The impact of the accident was such that Narayanappa’s head was crushed under the rear tyres of the bus. He had a helmet but had kept it on the handle of his bike.

Narayanappa, a resident of Seethapura near Krishna Raja Sagar (KRS) Dam in Pandavapura taluk of Mandya district, was working as a mason at Nanjangud Shaktidhama.

He had not come to work since the last four days as he was indisposed. This morning, he left home at 7.15 on his motorbike KA-11-S-2004. His co-workers say that Narayanappa used to ride his bike slow and he used to start early for work while his colleagues start at 8.30 am. There are eight to 10 masons working in Nanjangud and they come on bikes via Metagalli, KRS Road, and Vontikoppal Signal to reach Akashvani Circle and proceed towards Nanjangud Road via Yadavagiri Dhobi Ghat.

Colleague calls on mobile : Usually Narayanappa used to take a pillion with him and as he had not come to work since the last four days, he rode alone to work today. As he neared the Akashvani Circle at 8 am (before the Signal lights were switched on), a bus ferrying employees of S.S. Technology (KA-09-C-3092) brushed his bike from the rear. Having a helmet too on the bike handle, Narayanappa lost his balance and fell on the road and his head was crushed under the rear wheels of the bus.

His identity was not immediately established and his small mobile phone handset had split apart. Auto drivers carrying water bottles rushed to help Narayanappa but he had died by then.

V.V. Puram Traffic Cops assembled the broken mobile phone. Later some of Narayanappa’s colleagues called his phone to enquire if he was coming to work or not. The Police picked the call and informed them about the accident and asked them to come to K.R. Hospital. The body has been shifted to the Mysore Medical College and Research Institute (MMC&RI) mortuary and will be handed over to the relatives after post-mortem and formalities.

Bullet-moped collision: In another accident that occurred at Dattagalli, two persons were killed and one person sustained grievous injuries on Feb. 16 when two bikes collided head-on. Here too, the riders were not wearing helmets.

The deceased have been identified as 69-year-old Javaregowda, a resident of Maratikyathanahalli and 23-year-old Chandrakumar. Chandrakumar’s father 59-year-old Srinivasa Shetty has been seriously injured.

Javaregowda was riding his moped (KA-09-EG-8933) near Sara Convention Hall at Dattagalli and a bullet bike (KA-09-HE-9404) driven by Chandrakumar with Srinivasa Shetty as the pillion rider collided head-on against the moped. Due to the collision, all the three fell on the road and sustained traumatic injuries on their heads. As they were not wearing a helmet, the injuries were grievous.

All of them were rushed to a nearby hospital. While Javaregowda died on the same night, Chandrakumar died on the evening of Feb. 17. The condition of Srinivasa Shetty is said to be serious. Kuvempunagar Police have registered a case.